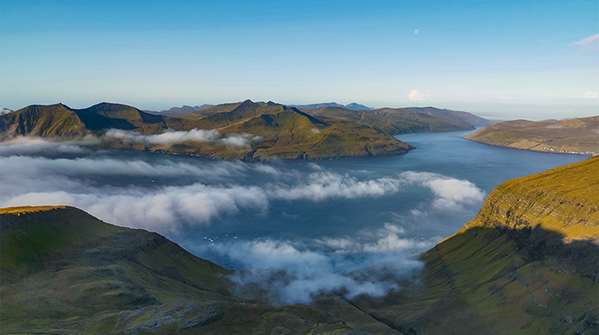 The plan includes four new verified sites that would supply 40% of the nation’s growing electricity consumption, enabling the Faroe Islands to reach its policy goal of 100% renewable energy by 2030.

The large-scale build-out plan sets out a stepwise installation of tidal kite arrays, each with 20-40 MW installed capacity, at the four sites.

In addition to Minesto’s existing grid-connected site in Vestmannasund, the company points out Hestfjord, Leirviksfjord, Skopunarfjord and Svinoyarfjord as ideal arrays. With a total capacity of 120 MW tidal energy, generating an estimated 350 GWh per year, the arrays would supply 40% of the Faroe Islands’ growing electricity consumption, Minesto said.

“We’re very pleased with the outcome of the joint presentation tour together with SEV, and the interest and positive response of our build-out plan. In our dialogue with the Faroese community, all key aspects of full integration of Minesto’s tidal technology into the islands´ energy system have been covered. This includes environmental permitting, legislation for sea-bed access, local partnerships regarding port-access, manufacturing, and funding,” said Martin Edlund, CEO of Minesto.

During 2022, the first step is to expand the existing grid-connected site in Vestmannasund, establishing a mini array with three systems at a total installed capacity of 1.4 MW. The second step, planning and permitting ongoing, is a 10 MW array in Hestfjord, with direct electricity distribution to nearby capital Torshavn. After that further build-out of Hestfjord will follow, as well as stepwise build-out of Leirviksfjord, Skopunarfjord and Svinoyarfjord. In total, this makes it possible to deliver a cost-effective path to 100% renewable energy by 2030, Minesto added.

“If we can unlock the potential of tidal energy in the Faroe Islands, in both economic and technical terms, to deliver predictable energy to the Faroese energy system, it can disrupt the energy mix in the islands. A diversified renewable energy mix, including tidal energy, can lower the total installed capacity and the need for energy storage”, said Terji Nielsen, head of SEVs R&D department.

Furthermore, Minesto said, the phase shift of the tidal flows in the different fjords provides valuable flexibility and a continuous supply of electricity into the grid. This approach reduces the investment significantly.

“As we’re in the forefront of creating a completely new industry, where we intend to add predictable tidal energy to the global energy mix, we’re thrilled to support the Faroe Islands in their explorative and ambitious journey towards a balanced energy system”, said Martin Edlund.

“We’re a small country, but we’re a complete country. We are small scale but full scale. We can lead the way also for other island and coastal communities. We are looking forward to this journey together, still, a lot of work remains, but very promising”, said Hákun Djurhuus, CEO of SEV.