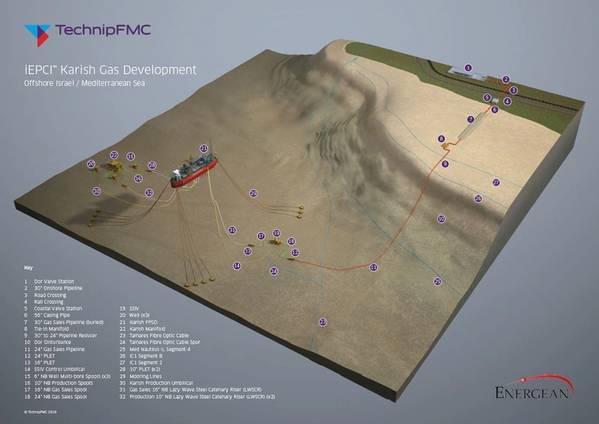 Mediterranean Sea-focused oil and gas company Energean has this week announced the connection of its Karish offshore gas field to the Israel National Gas Line (“INGL”), "an important milestone in facilitating the operational readiness of the Karish field development."

"Once onstream, the field will produce and provide significant quantities of natural gas to Israel and eventually the wider Eastern Mediterranean region," Energean said.

The connection between Energean’s land-based system at Dor Beach in Northern Israel and the INGL delivery system was completed by welding together two 30-inch diameter pipe sections. Gas from the Karish field will flow to the Energean Power FPSO, which will, upon arrival from Singapore, be located 90 km offshore where production output will be processed and separated.

The treated gas will then be delivered from an underwater pipeline to the land-based system at the Dor Station before entering the national pipeline on its way to distribution companies and end consumers. 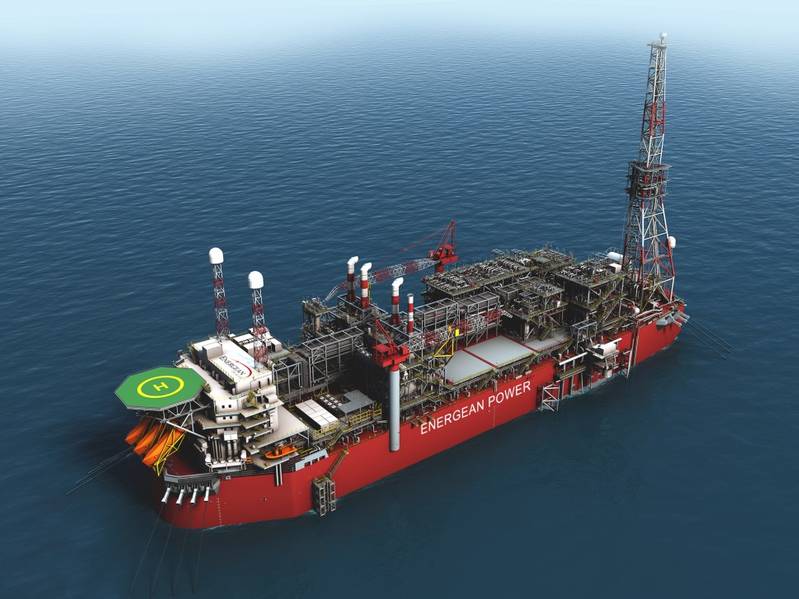 Energean Power Render - Credit: EnergeanMathios Rigas, Energean CEO: “This is another significant moment bringing us closer to the delivery of First Gas from our flagship Karish development and is testament to the hard work of our employees. Upon arrival, the groundbreaking Energean Power FPSO will be the first to be deployed in the eastern Mediterranean Sea – providing enhanced security of supply for both Israeli and regional gas consumers whilst bolstering Energean’s position as a low carbon energy producer, driving the energy transition in the wider Mediterranean.”

In mid-January, London-listed Energean said its Karish gas field would come on stream by the third quarter of the year with the FPSO set to sail away from Singapore during the first quarter.

Once it sets off from Singapore, where it is being built, the FPSO journey to Israel is expected to take around 35 days, with hook-up and pre-first gas commissioning then expected to take approximately three months.