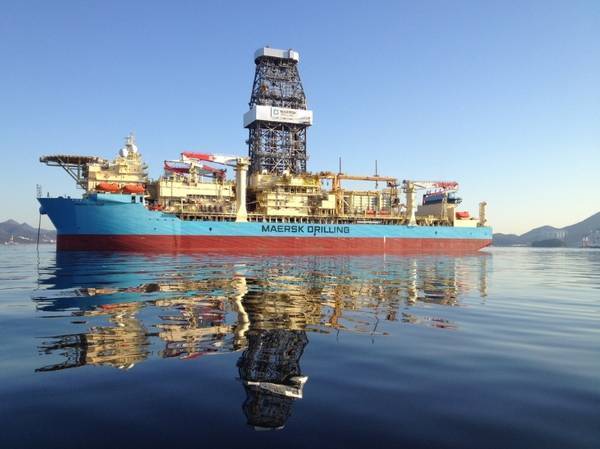 French oil major TotalEnergies said Thursday it had made a significant discovery of light oil with associated gas on the Venus prospect, located in block 2913B in the Orange Basin, offshore southern Namibia.

TotalEnergies said that its Venus 1-X well encountered approximately 84 meters of net oil pay in a good quality Lower Cretaceous reservoir. The company is using Maersk Drilling's Maersk Voyager drillship for the drilling operation which started back in December. The rig has a contract with Total running until March on a $200,000 dayrate.

Kevin McLachlan, Senior Vice President Exploration at TotalEnergies said: "This discovery offshore Namibia and the very promising initial results prove the potential of this play in the Orange Basin, on which TotalEnergies owns an important position both in Namibia and South Africa."

“A comprehensive coring and logging program has been completed. This will enable the preparation of appraisal operations designed to assess the commerciality of this discovery.”

Keith Hill, President and CEO of Africa Oil, which owns a stake in the block through a 30.9% shareholding in its investee company Impact Oil & Gas, said: "The preliminary results suggest that the Venus discovery has exceeded the pre-drill expectations and, along with the recently announced Graff discovery, has opened a new petroleum province in the Orange Basin with huge upside potential.

"As well as the immediate significance of Venus for our shareholders, both Venus and Graff discoveries also bode well for our exploration efforts on Block 3B/4B, which we operate with a 20% working interest and Impact's Orange Basin Deep Block, both located on trend in the Orange Basin, South Africa. These holdings give us a material interest through direct participation and indirectly through our investee companies in this exciting new play. We can now look forward to the appraisal work on the Venus discovery and the drilling of the Gazania-1 exploration well on Block 2B that is expected to spud by the end of this year." 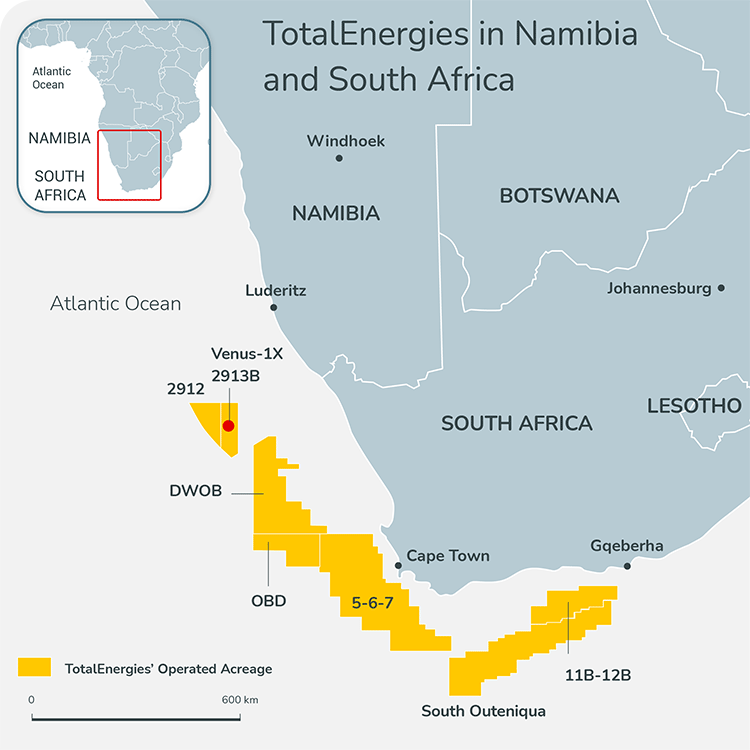 As mentioned by Hill, the Venus discovery announcement is the second big news in February for the Namibian oil and gas sector, after Shell and its partners earlier in February said they'd an oil discovery at the Graff-1 deepwater exploration well drilled in the PEL-39 license located in the Orange Basin, offshore Namibia.

The Graff-1 well, located in the Orange Basin, offshore Namibia, 270 km from the town of Oranjemunwas, was drilled using the Valaris DS-10 drillship. The well was drilled to a total depth of 5,376 meters in water depths of approximately 2,000 meters in the PEL-39 license area, which covers a total area of 12,299 km2. Drilling operations started in early December 2021 and were completed in early February 2022.

Immanuel Mulunga, NAMCOR's Managing Director said following the Graff-1 find: "We hope that this discovery puts to rest doubts about the hydrocarbon potential of Namibia and opens a new dawn in the country’s future prosperity."

Following the Graff-1 discovery announcement, a senior energy official told Reuters that Namibia was planning to fast-track the development of its first oilfield to have production by 2026. Read More Here.