Saipem Loses Its Footing on Path to Green Energy 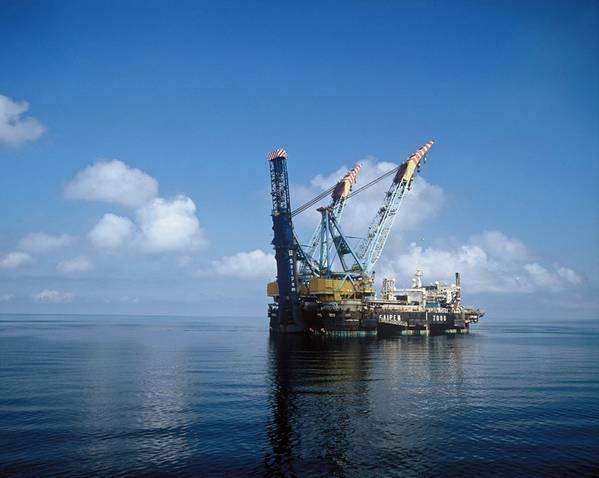 For illustration: Saipem 7000 - Courtesy of Saipem,

Italy's Saipem risks becoming a casualty of the transition to cleaner energy after a shock profit warning left leading shareholders scrambling to shore up the finances of the energy services company.

The Saipem board met on Tuesday to discuss the situation, a source close to the matter told Reuters, after shares in the company at one point touched their lowest in three decades after plunging by 30% on Monday.

Controlled by energy group Eni and state lender Cassa Depositi e Prestiti, Saipem has warned that it expects to post a 2021 loss of more than one-third of the company's equity and that it might need additional funding.

Saipem, a market leader in subsea exploration and production, has been looking to develop new lines of business to meet an increasing customer focus on green technologies.

But analysts say these could offer lower margins than its traditional services.

"Investors will question whether the group has a good handle on the spiralling raw material and logistical costs on some of its projects, like offshore wind,” said Mediobanca Securities analyst Alessandro Pozzi.

Saipem, which operates in more than 60 countries around the world and has 32,000 employees, on Monday pulled guidance given only three months ago.

It pinned the blame on problems at offshore wind projects because of delays and higher costs for materials.

Saipem, due to report full-year results on Feb. 24, said it was talking with Eni and CDP over a possible "appropriate financing package".

The problems are a headache for Francesco Caio, who took over as CEO only last May.

Italy's top two banks, Intesa Sanpaolo and UniCredit are working on the package, a source close to the matter said on Tuesday, adding that a capital increase and bridging loan were among possible options.

But the source said that Saipem's two main shareholders had yet to discuss what kind of support they were ready to provide. The banks declined to comment.

CDP, whose stake is tied in a pact with Eni, will hold an extraordinary board meeting on Wednesday to discuss the situation, another source said. CDP declined to comment.

Eni's board met on Tuesday but in a pre-scheduled meeting on other matters. The group said it would be meeting with Saipem in the coming days to examine options with CDP.

Saipem, which had 2 billion euros of liquidity and a 1 billion euro credit line at the end of September, is talking to banks over the potential impact of its losses on loans. When losses are more than a third of capital, banks can ask for early repayment. ($1 = 0.8894 euros)