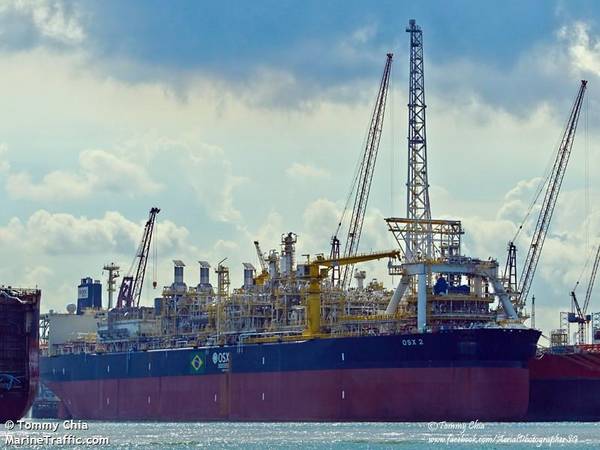 Brazilian oil company Enauta has agreed to buy FPSO OSX-2 for the Definitive System (DS) of the Atlanta oil field in the Santos Basin, offshore Brazil.

The completion of the acquisition is contingent on compliance with the agreed contractual conditions and is expected to occur in the first quarter of 2022.

"The acquisition of FPSO is another important step towards the implementation of the Definitive System of the Atlanta Field. The negotiated terms allow the project to have a low breakeven and attractive returns. If we are successful in sanctioning the project, Atlanta’s production will reach around 50 thousand barrels of oil per day as of 2024, creating substantial value for our shareholders,” said Décio Oddone, the Company’s CEO.

According to World Energy Reports, OSX 2 FPSO is currently in storage in Sout East Asia.

"This FPSO was completed in 2013 and went from the shipyard to storage site when the field operator (OGX) decided to not deploy the production unit," World Energy Reports said in its recent FPS report.

In December 2021, Enauta issued Yinson an LOI for the adaptation of FPSO OSX-2 by Yinson through a turnkey engineering, procurement, construction, and installation contract (“EPCI”), with warranty and Operation and Maintenance (“O&M”) for 24 months.

It was said at the time that the FPSO acquisition and adaptation cost would be at around  $500 million, and that Yinson would, prior to the startup of production from the FPSO, have the option to purchase the unit linked to financing. If the option is exercised, it will be linked to charter, operation, and maintenance contracts for a period of 15 years, which may be extended for another five years, totaling US$2.0 billion for the 20 years.

Enauta also recently agreed to extend the contract for the Petrojarl I FPSO which has serves as an early production system at the Atlanta field since 2018.

In a separate statement on Monday, Enauta said it had resumed production from the Atlanta field, after the preventive halt for inspection and repair of a production line of FPSO Petrojarl I.  The field is now producing only around 4,000 barrels of oil per day, and as the start of the second well awaits identification and repair of electrical system failure.