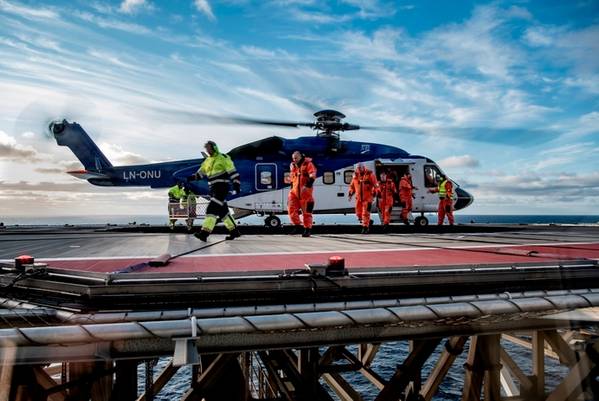 Norwegian oil and gas companies Vår Energi and Equinor have recently started a five-year helicopter-sharing agreement in the North Sea to reduce costs and environmental footprint of crew transport.

The agreement for assigning helicopters took effect on January 1, 2022, following an earlier helicopter-sharing initiative between Vår Energi and Equinor in the Barents Sea.

Vår Energi operates 12 regular North Sea flights per week with an average of 180 passengers in total. The company is the operator of the Balder FPU (production vessel) and the Ringhorne platform in the North Sea, as well as for the West Phoenix rig, which is drilling new wells on the Balder Future project.

"By coordinating and sharing helicopters and vacant seats, Vår Energi and Equinor seek to optimize the use of the jointly available transport capacity," Vår Energi said.

Eivind Espe, the Operations Support Manager at Vår Energi said: "Safe and efficient transport of personnel to and from the offshore installations is one of the key logistic operations associated with oil and gas production on the Norwegian shelf. Based on the success in north, it was natural to look at expanding our collaboration - a win-win-situation for both operators."