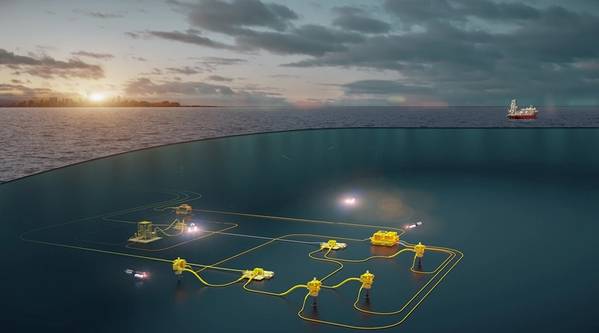 Oilfield services company TechnipFMC has said it has won "a large" contract with ExxonMobil, to supply the subsea production system for the Yellowtail development in the U.S. oil major's Stabroek Block, offshore Guyana.

For TechnipFMC, a “large” contract is between $500 million and $1 billion.

The Yellowtail development will be the fourth development in the Stabroek Block, after Liza phase 1, Liza phase 2, and Payara, with the Dutch SBM Offshore behind all three related FPSOs, and reportedly, in talks for the fourth.

John Hess, CEO of Hess, Exxon's partner in the project, said last month that the Yellowtail project was envisioned to have a gross capacity of about 250,000 bpd, with the first oil expected in 2025.

Jonathan Landes, President, Subsea at TechnipFMC, commented: “We are very excited to continue our relationship with ExxonMobil through this award, which is our fourth within the Stabroek block. We are proud of our dedicated Guyanese employees and are committed to the continued development and expansion of local capabilities.”

TechnipFMC currently employs more than 60 Guyanese and expects to continue to hire and train additional local staff in support of this award, the company said.

In the past few years, Exxon has discovered around 10 billion barrels of oil in the Stabroek Block and expects to bring at least six projects online by 2027. It sees potential for up to 10 projects to develop its current recoverable resource base in the country.