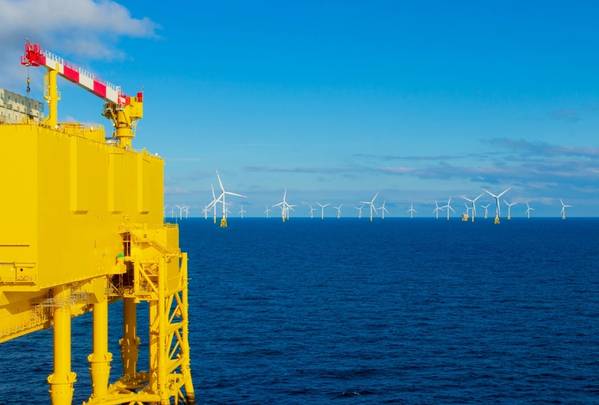 Power grid operator TenneT has proposed bringing forward by three years the construction of German power links that could distribute six gigawatts (GW) of offshore wind power from the North Sea, it said on Friday.

The proposal, just ahead of the COP26 global climate meeting in Glasgow, would require Germany to bring forward an 8 billion euro ($9.3 billion) plan to connect power capacity equivalent to that used by around seven million households to 2032 from 2035.

"Offshore wind is one of the biggest carriers of energy transition potential," he said.

"With these plans, we are making a concrete offer to the currently forming government coalition that must be worked into grid expansion plans at hand."

TenneT, which operates in a regulated sector where investments are recovered via grid usage fees, plans a distribution hub called LanWin, some 150 kilometres from Lower Saxony's coast.

The infrastructure will connect the end points of new point-to-point onshore power lines, that will be completed by next decade, to use direct current transmission for long distances.

This would not just speed deliveries to industry in the south but also supply Germany's emerging green hydrogen economy, which needs massive amounts of green power to run electrolysis plants.

Coastal locations such as Wilhelmshaven, near-coastal Heide, and Bremen, which lies inland but has the Bremerhaven enclave, are planning to build up hydrogen production to supply steel, refinery and other sectors with decarbonized fuels, involving companies such as Uniper, ArcelorMittal and Orsted.

Germany could have 40 GW of offshore wind by 2040 compared with 7 GW now, and even 60 GW is thinkable by that date, said Lower Saxony's economy minister, Olaf Lies.