Vattenfall to Stop Sending Wind Turbine Blades to Landfills. Looks to Recycle All Used Blades by 2030 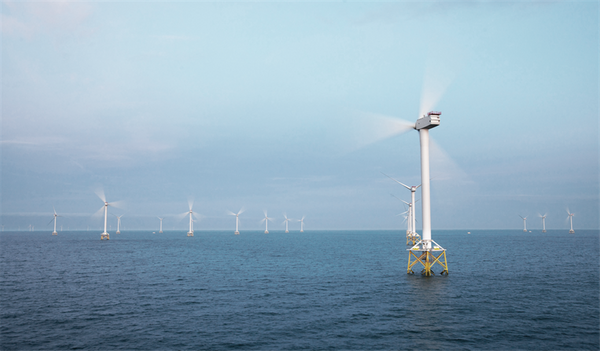 Vattenfall aims to recycle all of its used wind turbine blades by 2030, the Swedish utility said on Tuesday, and will immediately stop disposing of them in landfill sites.

The decision applies to the wind farms that it owns and commits Vattenfall to re-use, recycle or recover 100% of decommissioned blades in a bid to reduce the environmental impact of the wind industry.

"The transition towards a circular economy is key in tackling climate challenges and achieving the company target of becoming net zero by 2040," a spokesperson said.

Wind turbine blades are generally non-recyclable and end up in huge landfill sites that have started to draw the attention of environmentalists.

"It is no longer acceptable for composite waste from the wind industry to be placed in landfills, even though specific  country legislation allows for this," Eva Philipp, head of Environment and Sustainability at Vattenfall's wind unit, said in a statement to Reuters.

Vattenfall, which operates around 3.3 gigawatts of on- and offshore wind power capacity in Europe, is targeting a recycling rate of 50% of the wind turbine blade by 2025 , rising to 100% by 2030 - a big challenge, it said, as recycling solutions do not currently exist on a large scale.

Until the recycling industry has developed, Vattenfall will rely mostly on a "co-processing" method where the blades are shredded to create a material that can be used to produce cement, the spokesperson said.

The company will decommission its Irene Vorrink wind farm in the Netherlands next year, consisting of 28 turbines, or 84 blades, but few wind farms in its portfolio will follow until 2025.

"When we get closer to 2030 the amount will increase as well as the mass of material to be recycled since newer turbines are bigger and have longer blades," it added.

Earlier this year, Denmark's Orsted committed to re-use, recycle or recover all of its wind turbine blades upon decommissioning. Turbine-makers Siemens Gamesa and Vestas have also announced new recycling and production technologies to address waste management.