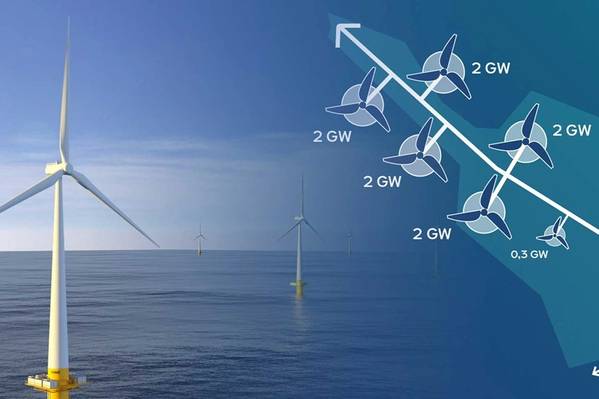 Offshore installation and construction firm McDermott has joined AquaVentus, a consortium of more than 70 companies, organizations, and research institutions collaborating toward green hydrogen energy production in the North Sea.

The aim of AquaVentus is to generate one million tons of green hydrogen with 10 GW of electrolysis capacity from offshore wind energy in the North Sea by 2035. AquaVentus' members share a vision for advancing hydrogen's role as a low-carbon, affordable energy solution.

The expectation is that the wind power generated will be used to produce up to one million tons of production capacity of green hydrogen, which will be used to decarbonize Heligoland, the only German island at high sea, and transported to land via pipeline.

"McDermott brings a long history of thinking differently about energy delivery—and unrivaled expertise in offshore infrastructure—to this dynamic group of visionaries," said Samik Mukherjee, Executive Vice President and Chief Operating Officer. "This is a critical piece of the puzzle as we work together to make offshore production of green hydrogen a reality."

McDermott's involvement will bring the consortium engineering, procurement, construction and installation (EPCI) experience in the onshore, offshore, subsea and storage markets, from concept to completion.

"The German North Sea Offshore Wind sector will be instrumental to meeting the renewable energy demand for the Northern European industry and other markets," said Tareq Kawash, Senior Vice President, Europe, Middle East, Africa. "AquaVentus' network of members, collaborating across the supply chain, is the type of collaboration needed to make green hydrogen a commercially viable energy resource of the future."