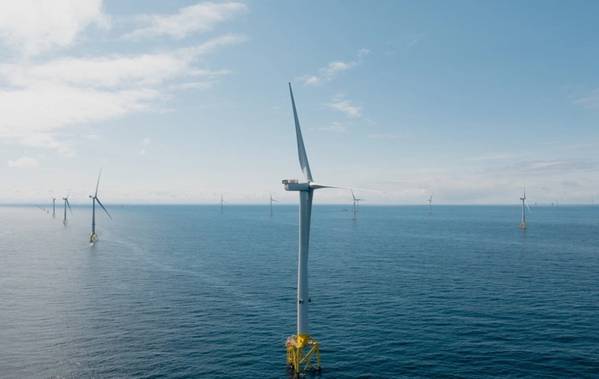 Ocean Winds (OW), a 50-50 joint venture between EDP Renewables (EDPR) and ENGIE, has said that the final offshore wind turbine has been installed at what is currently Scotland’s biggest windfarm: Moray East.

The project currently has all 100 turbines with a capacity of 9.5MW installed. The first turbine was installed in January.

The wind farm began generating electricity when its first few turbines came online in June and has been gradually increasing output as more turbines are firstly installed then commissioned.

The commissioning work will enable the project to achieve full output of 950MW, and is expected to be completed before the end of the year.

The Moray East project has the capacity of producing the power for average requirements of ca. 950, 000 UK homes, and sufficient electricity to save 1.4 million tonnes CO₂ equivalent annually (assuming displacement of gas generation).

"Power will be generated at £57.50/MWhr, the lowest cost of any new renewable generation in operation," OW said.

The 950MW wind farm is being developed by Moray Offshore Windfarm East Ltd (MOWEL), which is a joint venture company owned by Ocean Winds (56.6%) Diamond Green Limited (33.4%) and CTG (10%).