GlobalData: Brazil to Lead Offshore Oil and Condensate Output in 2025 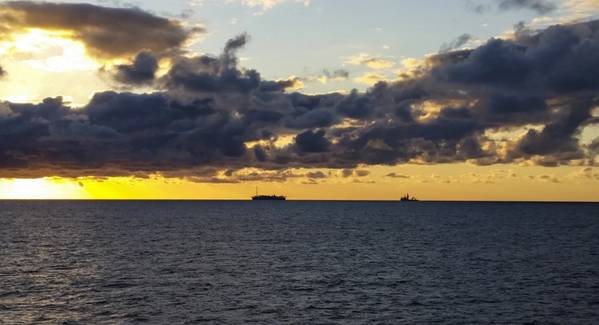 An FPSO in Brazil - Credit: Ranimiro/AdobeStock

Energy intelligence firm GlobalData expects Brazil to contribute around 23% or 1.3 million barrels per day (mmbd) of global crude oil and condensate production in 2025 from key offshore planned and announced projects (new-build projects) that are expected to start operations between 2021 to 2025.

For GlobalData, 'planned' denotes greenfield projects that have received final investment decision (FID) from equity-holding companies to develop/build/construct it, while 'announced' denotes projects that are undergoing conceptual studies/pre-FEED or moving into FEED/FDP or are likely to target FID

GlobalData sees 1.16 mmbd of crude and condensate production in Brazil in 2025 will be from planned projects that are undergoing conceptual studies and are expected to get approval for development.

" A total of 29 crude oil projects are expected to start operations in the country during 2021-2025. Of these, Bacalhau, Buzios V (Franco), and Lula Oeste are some of the key projects that are expected to collectively contribute about 44% of the country’s crude and condensate production in 2025," GlobalData said. 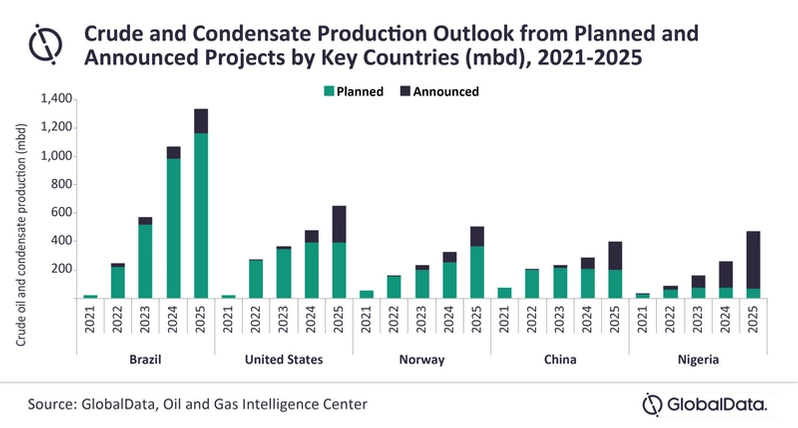 Furthermore, GlobalData identifies the US as the second highest country globally with 655 mbd of crude production in 2025 or about 11% of the total global offshore crude and condensate production in the year. Norway follows with crude production of 508 mbd from planned and announced offshore projects in 2025.

Among the companies, Petrobras, China National Offshore Oil Corp, and Equinor ASA lead globally with the highest offshore crude and condensate production of 768 mbd, 371 mbd and 331 mbd, respectively, in 2025 from planned and announced projects.