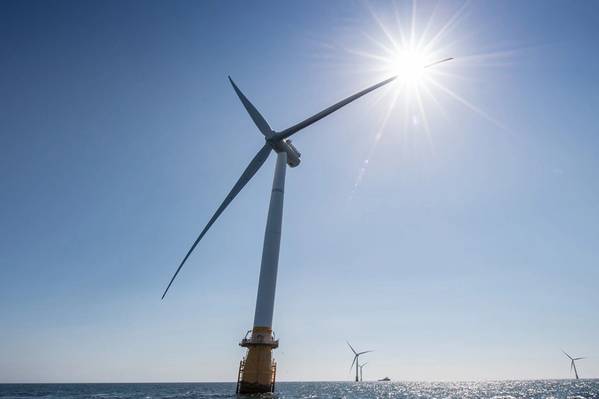 Norwegian energy giant Equinor has teamed up with RES and Green Giraffe to form Océole, a company dedicated to developing floating offshore wind in France.

Océole will evaluate and work towards submitting bids in the upcoming floating offshore wind tenders held by the French government, Equinor said Tuesday.

"Establishing this partnership is in line with the three companies’ ambition of delivering high-performance floating offshore wind projects to support France’s targets of up to 6.8 GW offshore wind by 2028 on its path to become carbon neutral by 2050," Equinor, whose 30MW Hywind Scotland project became the world's first floating wind farm - said.

Equinor’s senior vice president for business development in Renewables, Jens Økland said: "France has set an ambition of becoming among the top markets for floating offshore wind in the next decade. Together with RES and Green Giraffe, we are ready to contribute long-term to the country’s ambitious offshore wind plans and develop what could potentially be the first commercial floating offshore wind farm in France."

"As Océole, we have the industrial competence, technical and financial skills to develop projects where we can create value and capture the benefits of scale for this exciting technology.”

Apart from being the first to bring a floating wind farm online, Equinor is also building the largest wind farm of the type, back home in Norway. The project, named Hywind Tampen, will have a capacity of 88 MW and will ower Equinor's oil platforms in the North Sea.

Delphine Robineau, Offshore Wind Manager at RES, a giant renewables firm with offshore and onshore wind portfolio, says: “I am delighted for RES to enter a partnership that enhances the complementary nature of all three companies. The experience gathered within Océole demonstrates our ability to develop the floating wind industry in France with projects that are adapted to French territories, while being respectful of the environment and the sea users".

Green Giraffe is a specialist financial advisory firm focused on the renewable energy sector, which has been involved in more than 110 projects worldwide.