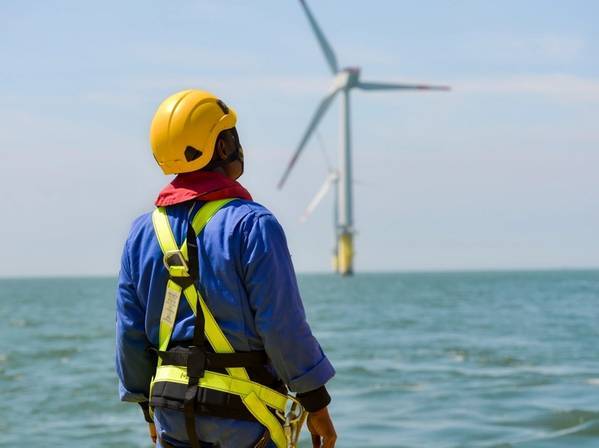 From offshore wind farms in Britain to floating solar power plants in Vietnam, about 13,000 renewable energy projects in nearly 50 countries are waiting for finance - and could create up to 10 million green jobs, consultancy EY-Parthenon said on Wednesday.

In a report, EY said the projects offered $2 trillion in investment opportunities that would generate jobs locally and in supply chains, and would help slash climate-heating emissions and secure a green recovery from the pandemic.

Serge Colle, EY's global energy advisor, said the research showed there was "huge potential to accelerate private-sector renewables investment" with the right government policies and regulation around the world.

If the projects identified were implemented in the next three years, they would more than double the rate of global renewables deployment, while delivering 22% of emissions reductions promised this decade by the 47 countries covered in the research, which include G20 nations, the report said.

That would amount to 9% of the emissions cuts needed by 2030 to keep planetary warming to the most ambitious global target of 1.5 degrees Celsius above pre-industrial times, added the report commissioned by the European Climate Foundation (ECF).

The biggest potential benefits for workers are in China and the United States, where the projects could create about 2 million and 1.8 million jobs respectively.

India, Australia, Brazil, Britain, and Canada also could generate hundreds of thousands of jobs each from boosting offshore and onshore wind, solar and hydropower capacity.

The jobs range from lower-skilled work in construction, installation and manufacturing to professional jobs in things like engineering and project management.

In Britain, greater investment in green energy could support sustained job creation and economic growth especially in the former coal-mining region of northern England and oil-and-gas producer Scotland, where large wind farms are being developed, the research said.

The UK pipeline of projects seeking finance includes 540 mainly solar and wind power proposals, with the potential for close to 439,000 new jobs, the report said. It noted total jobs could rise to about 625,000 when power storage, transmission and distribution are added.

That would mitigate 90% of job losses from the COVID-19 pandemic, the ECF said.

Tim Lord, a net-zero expert with the UK-based Tony Blair Institute for Global Change, cautioned that in many places globally workforces do not yet have the skills to redeploy into clean technologies and their supply chains.

"This transition is not as simple as you take an offshore oil and gas worker and retrain them to operate a wind turbine, and everyone is happy. Clearly there will be some disconnect," said Lord, who was not involved in the EY report.

Coordination between governments and companies will be essential to develop the local infrastructure and skills needed to expand generation and use of renewable energy, which would in turn help attract necessary investment, he said.

The challenge will be even greater in developing countries where large swathes of the population lack access to electric power and strong markets have yet to be fostered, he told the Thomson Reuters Foundation.

November's COP26 climate summit in Scotland will be key to providing the incentives for emerging economies to shift away from fossil fuels and into cleaner power - but that will happen only if richer nations show a clear commitment to decarbonizing, Lord said.

"If you have a situation where lower-income countries feel like bigger countries are pulling their weight ... then I think you can start to see that kind of positive cycle being created around investment and people taking this seriously," he added.