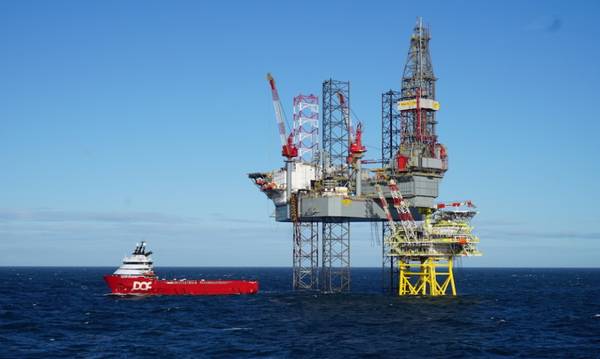 London-listed oil and gas company Harbour Energy said Wednesday it expected the first production from its Tolmount field in the UK North Sea around the end of July.

The Tolmount gas field is located in Block 42/28d, in the UK southern North Sea. It was discovered in 2011 with further appraisal drilling in 2013. The Greater Tolmount Area includes the Tolmount East discovery, for which a final investment decision has yet to be made.

Harbour Energy, which owns a 50 percent stake in the field and is the operator, said that the final commissioning was underway at Tolmount, with the first production expected at around the end of next month.

"Two of the four development wells were successfully completed during the period with drilling of the third well currently underway. Once at plateau rates, Tolmount is expected to add 20-25 kboepd to Group production. A final investment decision on the Tolmount East development is expected in Q3 2021," Harbour, created through a merger between Chrysaor and Premier Oil, said.

The Tolmount platform is a normally unmanned platform and will handle wet gas production from four platform wells.

As part of the project in the Southern North Sea, Heerema installed the 2,350 metric ton jacket and 2,500 metric ton topside. Both facilities were built in Italy by Rosetti Marino. Gas from the field will be shipped to shore via pipeline.

The partners in the Tolmount gas field are Harbour Energy (50%) and Dana Petroleum (50%).