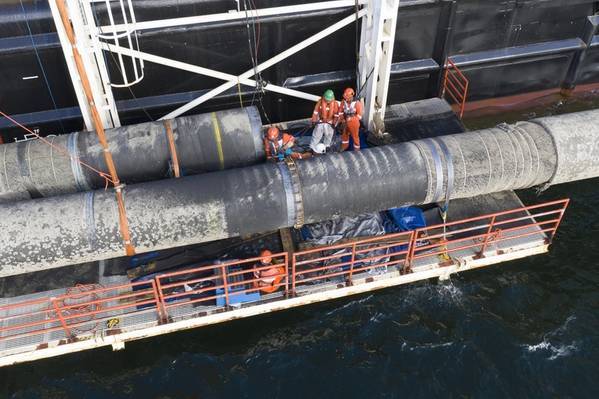 Russia's Nord Stream 2 gas project will start preparations on Friday to fill the first of two pipelines with natural gas within a few months, the Gazprom-led project said on Thursday.

Nord Stream 2, which runs on the bed of the Baltic Sea from Russia to Germany, bypassing Ukraine, has faced criticism from the United States, which says it will increase European reliance on Russian gas.

"Starting from tomorrow, the required pre-commissioning activities will be carried out over the next months to prepare for gas-in," Nord Stream 2 said in a statement.

Russian President Vladimir Putin said last week the project was ready to start pumping gas to Germany and the final stretch would be completed as the new U.S. administration seeks good relations with "key partners in Europe."

"All activities are in accordance with the respective permits," Nord Stream 2 said.

Once Nord Stream 2 is finished, it will double the existing route's annual volume to 110 billion cubic meters.