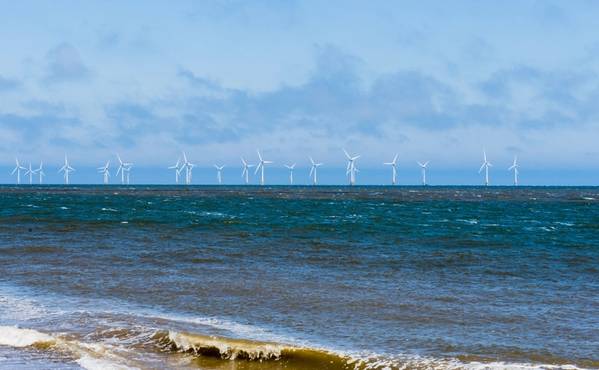 When U.S. President Joe Biden’s administration approved the country’s first major offshore wind farm this month, it billed the move as the start of a new clean energy industry that by the end of the decade will create over 75,000 U.S. jobs.

Industry executives and analysts do not contest that claim, but they make a clarification: For the first several years at least, most of the manufacturing jobs stemming from the U.S. offshore wind industry will be in Europe.

Offshore wind project developers plan to ship massive blades, towers, and other components for at least the initial wave of U.S. projects from factories in France, Spain, and elsewhere before potentially opening up manufacturing plants on U.S. shores, according to Reuters interviews with executives from three of the world’s leading wind turbine makers.

That is because suppliers need to see a deep pipeline of approved U.S. projects, along with a clear set of regulatory incentives like federal and state tax breaks, before committing to siting and building new American factories, they say – a process that could take years.

“For the first projects, it’s probably necessary” to ship across the Atlantic, said Martin Gerhardt, head of offshore wind product management at Siemens Gamesa, the global offshore wind market leader in a comment typical of the group.

That underscores an uncomfortable truth for the Biden administration as it seeks to show political opponents that a transition away from fossil fuels to fight climate change can be good for the economy: many of the clean energy jobs he aims to create to offset losses in drilling and mining may not materialize until well after his time in the White House ends.

The administration has unveiled a goal to install 30 gigawatts (GW) of offshore wind power capacity in U.S. waters by 2030 – roughly the amount that already exists in Europe’s two-decade-old industry – a plan that it estimates will create 77,000 U.S.-based jobs while combating global climate change.

More than 2,000 turbines will be needed to meet the 30-GW target, according to Shashi Barla, an analyst at consultancy Wood Mackenzie. But U.S.-based factories probably will not materialize until 2024 or 2025, he said.

After that, Barla said he expects the U.S. supply chain to develop rapidly and to make around 70% of major components for the industry by 2030.

A White House official did not immediately respond to a request for comment.

A FACTORY IN EVERY STATE

This month, Washington took a big step toward its goal of launching the offshore wind industry by approving the Vineyard Wind project off the coast of Massachusetts, jointly owned by Avangrid Inc and Copenhagen Infrastructure Partners.

That project, the first major offshore wind farm to get federal approval in the United States after more than a decade of stops and starts, is expected to produce enough electricity to power 400,000 homes in New England by 2023.

Vineyard Wind alone will create 3,600 U.S. jobs, according to company officials, though most of the project’s components will be manufactured in Europe due to the lack of an existing domestic supply chain.

U.S. company General Electric’s renewable division, GE Renewable Energy, will supply Vineyard Wind with 62 turbines. The major parts for those turbines, which are twice the height of the Statue of Liberty, including rotor blades and gearboxes, will be made in its factories in France.

Iberdrola, Avangrid’s Spanish parent company, says the contract to make the turbine foundations, meanwhile, will create around 400 jobs at the Windar Renovables factory in Spain.

Several other U.S. offshore wind project proposals have also been preparing orders from companies like GE and Siemens Gamesa, but they are awaiting federal regulatory approval before moving forward.

The manufacturers told Reuters they need those orders to become solid and reliable before contemplating investments in a U.S.-based supply chain for offshore wind.

Opening a factory is costly and time-consuming: they require permits and large amounts of space near the coast, said Christy Guthman, GE Renewables commercial leader of U.S. offshore.

“We definitely want to maximize our local content wherever possible, but we need to have that sustained volume year over year to look at potential investments in the U.S,” Guthman said.

Developers also need to navigate complex state-level demands on the industry, as governors compete to ensure that any future factories supplying the offshore wind industry are built within their borders.

New Jersey, for example, has asked bidders on its offshore wind supply contracts to specify how they will help the state become an industry hub, while a recent New York solicitation said investments that create sustainable in-state jobs would be given preference.

“We cannot have a factory in every state, that is not economic,” Siemens Gamesa Chief Executive Andreas Nauen said in an interview.

Nauen’s company is still deliberating over whether to open a specialized facility on the East Coast to service a proposed project for Dominion Energy in Virginia, having been named preferred supplier back in January 2020.

Siemens Gamesa, GE, and Vestas already produce parts for smaller, onshore turbines in the United States, but locations including landlocked Kansas, Iowa, North Dakota, and Colorado put them too far from the windy coasts to be of much use for larger offshore pieces.

Orsted and Equinor, meanwhile, have said they plan to open manufacturing for some parts to service U.S. offshore projects they have proposed, though many major parts would likely still be derived from established plants in Europe.

Suppliers have reason to be cautious. Clean energy expansion in the United States relies heavily on political will – which can shift from administration to administration.

That turbulence resounded in the supply chain. Vineyard Wind initially chose Vestas as its turbine supplier in 2018, but that contract expired as federal permitting dragged on.

The Biden White House has said it is aware that suppliers need airtight commitments to make investments in local manufacturing, and points out the administration has pledged $3 billion in public financing for offshore wind and transmission developers and component suppliers. It will also fund $230 million of port infrastructure projects to help encourage the industry.

The U.S. International Trade Commission, meanwhile, has imposed tariffs on imported wind towers from certain countries including Spain. While the move came at the request of two domestic producers of towers for the U.S. onshore wind industry, the tariffs would apply to offshore towers as well, increasing the economic incentive to open U.S. factories.

“We know that we need to create greater certainty for offshore wind projects,” U.S. Bureau of Ocean Energy Management Director Amanda Lefton said on a call with reporters on May 11.

Lefton has also acknowledged that competing state demands could be an obstacle for the industry.

“There’s been this healthy competition among states for who is the most aggressive,” Lefton said in an interview with Reuters. “But we stand to gain a lot more now by... rowing in the same direction on establishing the supply chain here.”