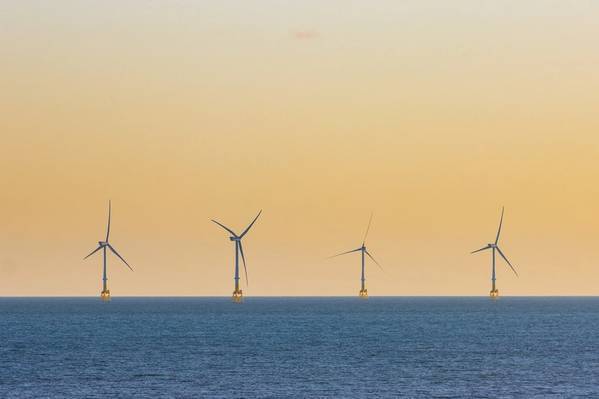 The Biden administration on Tuesday said it has approved the nation's first major offshore wind farm, billing it as the launch of a new domestic energy industry that will help eliminate emissions from the power sector.

The move, however, was quickly condemned by fishing industry interests who said their concerns about the project's impact on things like fish stocks and vessel traffic had been "met with silence" by government officials.

The Vineyard Wind project off the coast of Massachusetts is intended to create enough electricity to power 400,000 homes in New England, the administration said in a statement.

"I've always believed that fighting climate change is not only good for the environment but good for the economy," Commerce Secretary Gina Raimondo said on a conference call with reporters.

The approval is a win for Vineyard Wind's joint project owners Avangrid Inc and Copenhagen Infrastructure Partners. The project began its federal permitting process more than three years ago and endured a string of delays in part due to concerns that the wind turbines would interfere with commercial fishing.

"It's not just an approval for a project," Avangrid Chief Executive Dennis Arriola said in an interview. "It is the birth of a new industry." The company has two more U.S. offshore wind projects in earlier stages of development.

The Bureau of Ocean Energy Management made several key changes since issuing the project's final environmental review in March. They include prohibiting the installation of turbines in locations closest to the coast and allowing just 84 turbines rather than up to 100.

The authorization also requires the turbines to be sited no less than 1 nautical mile apart to ease navigation and establishes a federal program to study the project's effect on scientific fishery surveys, which were projected in the environmental review to be majorly impacted by offshore wind.

A fishing industry group, Responsible Offshore Development Alliance, said those measures were insufficient to guarantee the safety of all fishing vessels and continuation of surveys that are critical to the industry.

"We will have a robust monitoring program, where we will learn and understand the impacts here, so that we can apply that to future projects going down the line," Lefton said.

Last month, the Biden administration unveiled a goal to deploy 30 gigawatts of offshore wind energy by 2030 by opening new areas to development, accelerating permits and boosting public financing for projects. The industry is expected to help achieve the administration's broader goal of decarbonizing the electricity sector by 2035.

Vineyard Wind's 800 megawatts would account for less than 3% of the administration's 2030 target, though there are more than 20 GW of proposed projects in earlier stages of development.

The administration of Biden’s predecessor Donald Trump had vowed to support offshore wind as a promising new industry but failed to permit any projects.

Most of Vineyard Wind's components will be manufactured in Europe due to the lack of a U.S. supply chain for the domestic industry, the company said.

"The fact that there was uncertainty of whether the industry would happen was sort of holding back those investments," Vineyard Wind CEO Lars Pedersen said on a call with reporters.

"We definitely think they are going to flow right now, but for the first project that is not possible to tap into."