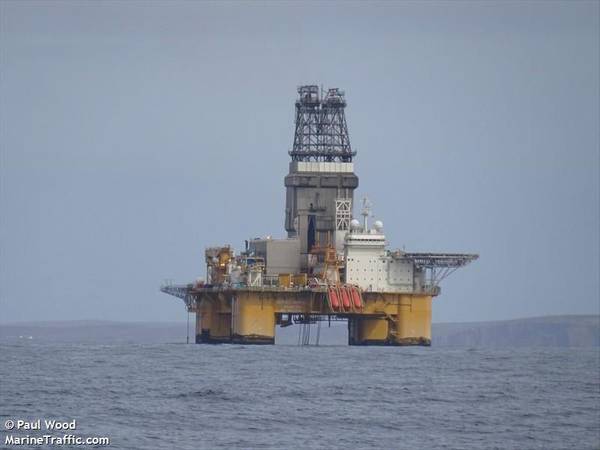 The company said that the discovery at the prospect called the Dvalin North was a significant one.

"The Dvalin North discovery, estimated to hold between 33-70 million barrels of oil equivalent (boe), is just 12 kilometres north of the company’s operated Dvalin field, and 65 kilometers north of the operated Maria field. The well also encountered hydrocarbons in two shallower secondary targets, with a combined resource estimate of 38-87 million boe," the company said. The Dvalin gas field consists of four subsea
wells, and is tied back to the Equinor operated Heidrun host platform

"The well encountered a gas column totaling 85 meters in the Garn Formation, of which about 60 meters consist of sandstone of moderate to poor reservoir quality. The gas/water contact was not encountered. The preliminary calculation of the size of the discovery in the Garn Formation is between 5 and 11 million standard cubic meters (Sm3) of recoverable oil equivalent," the Norwegian Petroleum Directorate said about the discovery Thursday.

In the first secondary exploration target in the Cretaceous, the well encountered a 33-meter gas/condensate column in the upper part of the Lysing Formation, containing multiple sandstone layers totaling about 15 meters with moderate to good reservoir properties. The gas/water contact was proven at 2,883 meters below sea level, the NPD said.

According to the NPD, the preliminary calculation of the size of the discovery in the Lysing Formation is between 3 and 5 million standard cubic meters (Sm3) of recoverable oil equivalent.

In the second secondary exploration target in the Cretaceous, the well encountered four petroleum-bearing sandstone intervals in the Lange Formation. The two highest intervals have gas columns of 24 and 48 meters, respectively, containing sandstone layers totaling 9 and 11 meters, respectively, with moderate reservoir properties. No gas/water contacts were proven, the NPD added.

"The two bottom sandstone intervals have oil columns of 23 and 19 meters, respectively, containing sandstone layers totaling 8 meters in each interval, with poor reservoir properties. No oil/water contacts were proven. The preliminary calculation of the size of the discovery in the Lange Formation is between 3 and 9 million standard cubic meters (Sm3) of recoverable oil equivalent," The NPD said.

The licensees will consider tying the discoveries into existing infrastructure in the area. The well 6507/4-2 S is the second exploration well in production licence 211, and was drilled to vertical and measured depths of 4,398 and 4,453 meters, respectively, below sea level.

“The discovery is in an area with existing operated as well as non-operated infrastructure. This important find supports our strategy of primarily investing in infrastructure-led exploration activity which will yield synergies with existing fields,” said Hugo Dijkgraaf, Wintershall Dea Chief Technology Officer and responsible Executive Board member for global exploration. “Norway is one of our core areas for growth. We will continue to explore and develop fields to support our growth strategy on the Norwegian Continental Shelf.”

“With Maria, Dvalin and now this discovery in Dvalin North, the Haltenbanken area has emerged as a strategic core area for Wintershall Dea in Norway. The next step will be to turn these discoveries into producing fields. This find secures our position in the area and promises to support more activity in the years to come,” said Alv Solheim, Managing Director of Wintershall Dea Norge. 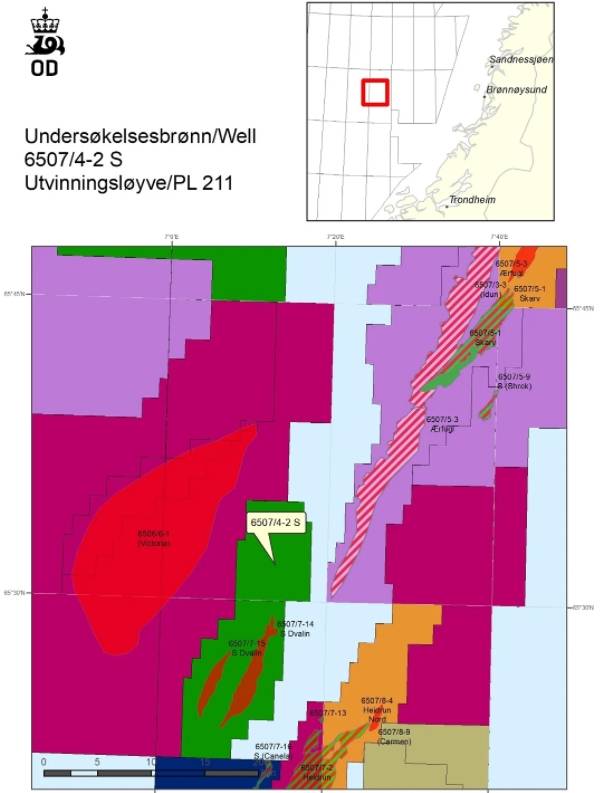