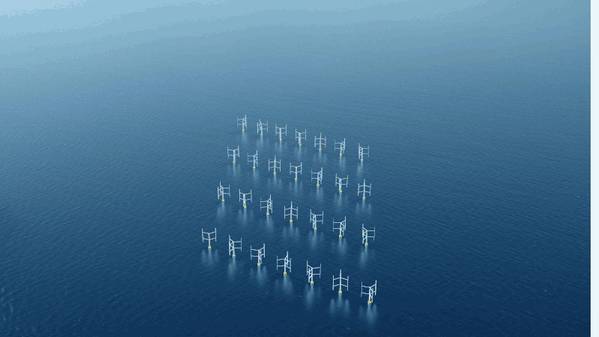 According to new research from Oxford Brookes University, vertical offshore wind turbines are much more efficient in large-scale wind farms than conventional turbines, and when used in pairs, vertical turbines can boost each other's output by up to 15%.

The research demonstrates for the first time at a realistic scale, the potential of large-scale VAWTs to outcompete current HAWT wind farm turbines, the university said.

"VAWTs spin around an axis vertical to the ground, and they exhibit the opposite behavior of the well-known propeller design (HAWTs). The research found that VAWTs increase each other’s performance when arranged in grid formations. Positioning wind turbines to maximize outputs is critical to the design of wind farms," according to a statement by Oxford Brookes University.

Professor Tzanakis said: "This study evidences that the future of wind farms should be vertical. Vertical axis wind farm turbines can be designed to be much closer together, increasing their efficiency and ultimately lowering the prices of electricity. In the long run, VAWTs can help accelerate the green transition of our energy systems, so that more clean and sustainable energy comes from renewable sources.”

Lead author of the report and Bachelor of Engineering graduate Joachim Toftegaard Hansen said: “Modern wind farms are one of the most efficient ways to generate green energy, however, they have one major flaw: as the wind approaches the front row of turbines, turbulence will be generated downstream. The turbulence is detrimental to the performance of the subsequent rows.

“In other words, the front row will convert about half the kinetic energy of the wind into electricity, whereas for the back row, that number is down to 25-30%. Each turbine costs more than £2 million/MW. As an engineer, it naturally occurred to me that there must be a more cost-effective way.”

" After many years following the progress of Dr John Dabiri of Caltech, VertAx is pleased that their own research and findings have been validated by this excellent research project authored by Joachim Toftegaard Hansen together with Mahak Mahak under the stewardship of Professor Tzanakis, lead at the School of Engineering, Computing and Mathematics," the company said.

VertAx said it was continuing with the development of its large-scale vertical axis wind turbine designed specifically for offshore marine applications. 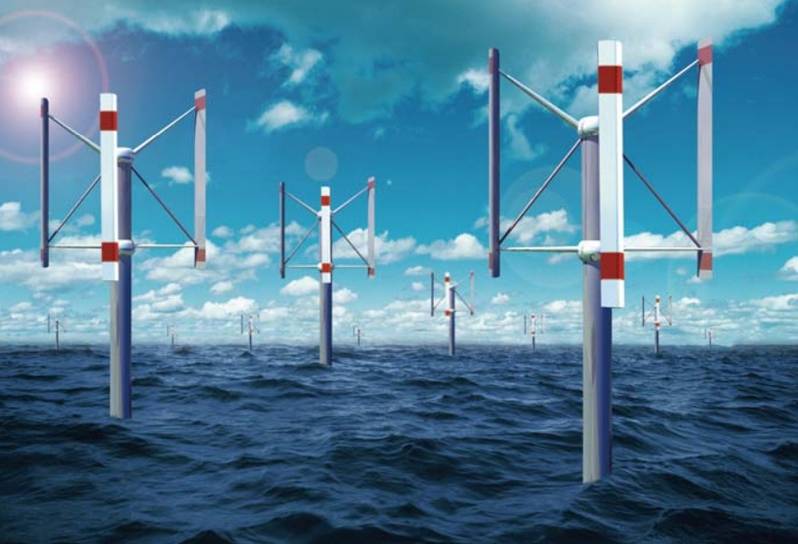