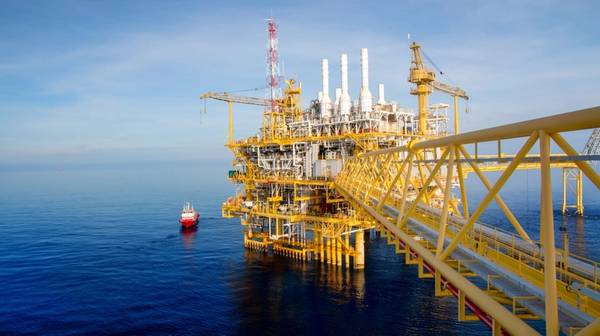 Spending in the upstream oil and gas sector is expected to gradually begin to rise from 2022, however, it will not reach the pre-crisis period any time soon as the toll of the Covid-19 pandemic on upstream investments in the first two years of the downturn is estimated at a whopping $285 billion, Rystad Energy said Wednesday.

The shale industry has been the hardest hit, with conventional exploration and mature asset investments faring the best so far.

In February 2020, before Covid-19 started impacting the global energy system, Rystad Energy estimated global upstream investments for the year would end up at around $530 billion, almost at the same level as in 2019. The Norwegian company's forecast at the time suggested 2021 investments would remain in line with the previous year’s level.

"However, as the Covid-19 pandemic triggered a collapse in oil prices during the early part of the second quarter last year, E&P companies slashed investment budgets to protect cash flow. This spending trend was not reversed in 2021, when prices rose. Compared to pre-pandemic estimates for 2020 and 2021, we observe that spending fell by around $145 billion last year and will end up losing $140 billion by the end of this year. This implies Covid-19 removed 27% of planned investments," Rystad said.

Upstream spending was limited to $382 billion in 2020 and is forecast to marginally grow to $390 billion this year. the company said. 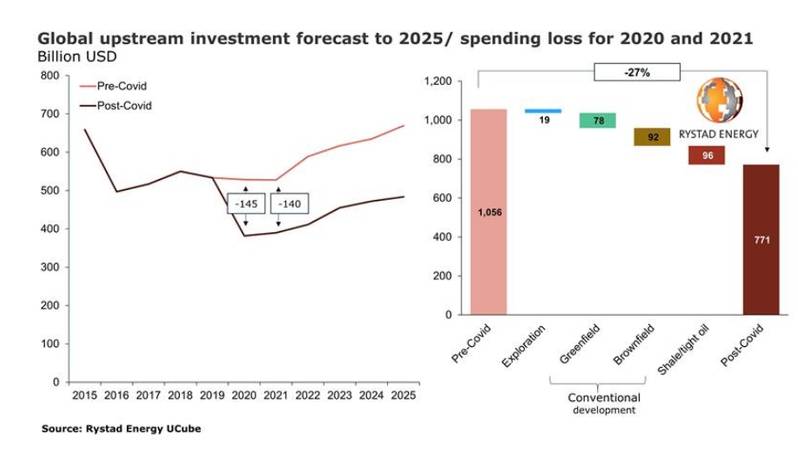 "Rystad Energy expects the effect of the pandemic to be a lasting one as – even though spending will start growing from 2022 – it will not return to the pre-pandemic level of $530 billion. Growth will be limited and investments will only inch up annually, rising to just over $480 billion in 2025, when this report’s forecast ends," Rystad added.

Per Rystad, over the two-year period between 2020 and 2021, shale/tight oil investments are the ones most affected in both absolute and percentage terms, losing $96 billion of the previously expected spending, or 39% for the sector.

“Since shale/tight oil is both the segment with the highest decline in activity and the supply source in greatest need of continuous reinvestment to keep production growing, the immediate impact on output from this sector has been significant,” says Espen Erlingsen, head of upstream research at Rystad Energy.