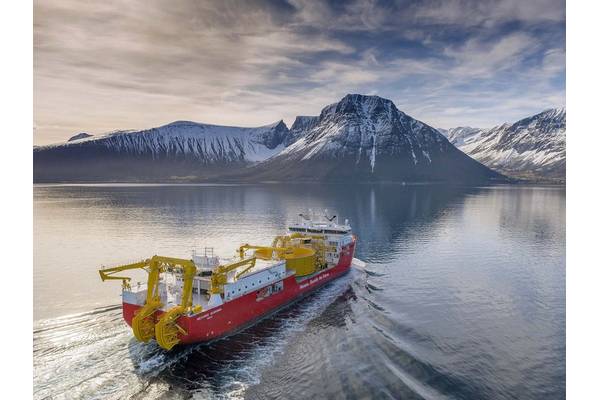 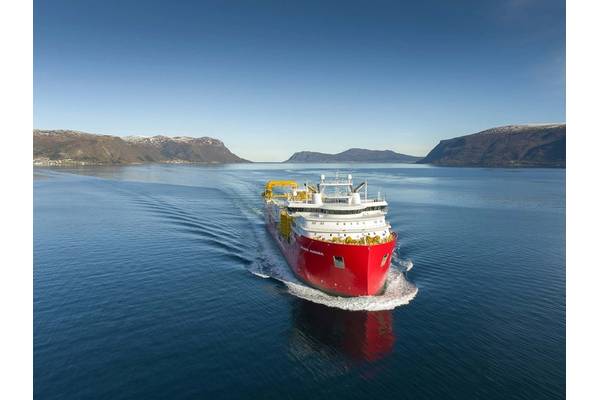 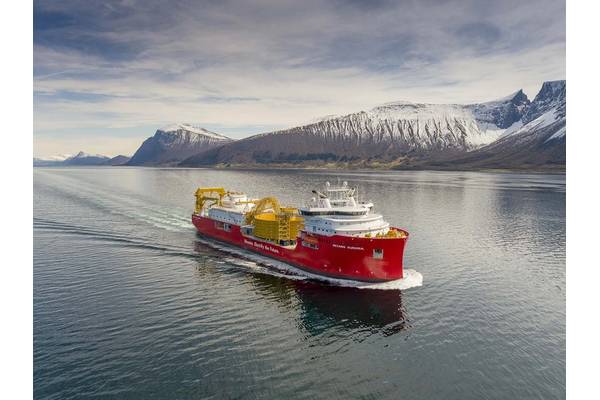 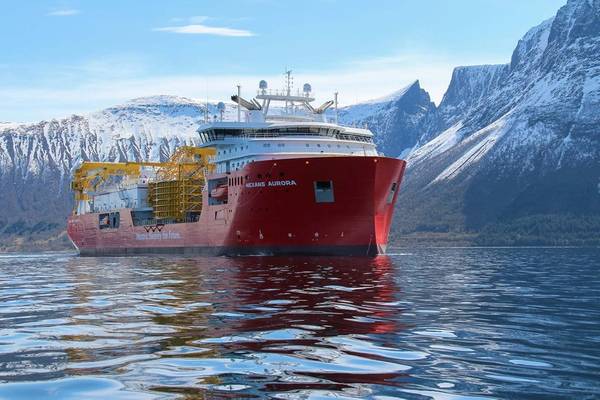 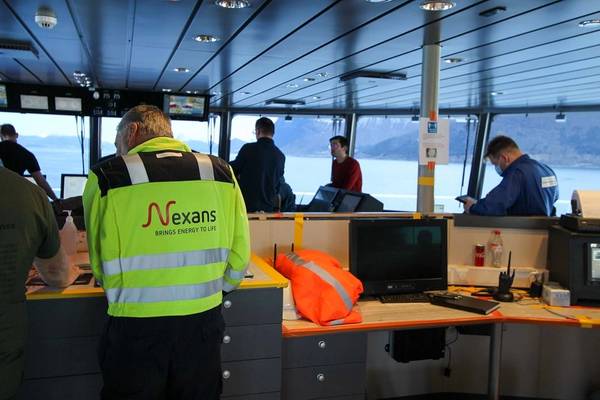 The 149.9 m long and 31 m wide vessel, to be delivered to offshore cable maker Nexans, will be working in the offshore wind sector market, installing subsea cables including cables connecting offshore wind farms to the grid and interconnector systems. The hull of the vessel, built at CRIST, Poland, arrived at Ulstein Verft in June 2020 when the outfitting works kicked off.

The sea trial started on May 3, 2021 and will end next week, but Ulstein said that there's still work remaining at the yard before delivery in a few weeks.

“We need to complete the outfitting of the vessel, some paint jobs, everything needs to be cleaned up and look good for delivery. We will also run some tests on the A-frame and some of the winches to check the hydraulics and the functions on these systems," Hans Karsten Voldsund, Ulstein Verft yard’s Project Manager said.

Nexans recently also secured a contract for the vessel with Empire Offshore Wind, an offshore wind joint venture between Equinor and BP. The JV has picked Nexans as a preferred supplier to connect the Empire Wind offshore projects in New York to the onshore grid.

The turnkey projects cover the full design and manufacturing, as well as the laying and protection of over 300 km of export cables that will deliver renewable energy to over one million homes. Nexans plans to use its Nexans Aurora for the project.

All Images Courtesy of Ulstein