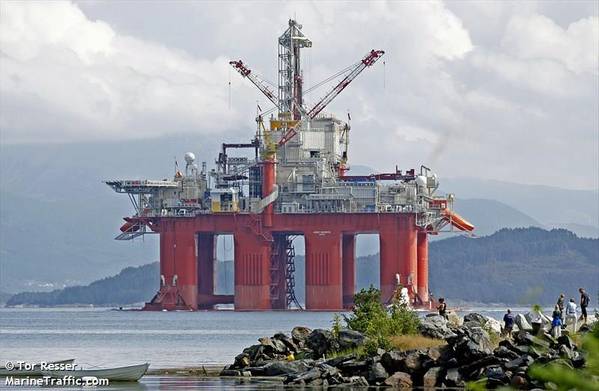 Canadian oil company Suncor, and Swiss-based offshore drilling contractor Transocean have been fined by the Canada-Newfoundland and Labrador Offshore Petroleum Board for an unauthorized discharge of drilling fluids from Transocean's offshore rig in Canada in 2018.

C-NLOPB said Thursday it had applied Administrative Monetary Penalties of $40,000 to Suncor and $52,000 to Transocean in response to an April 27, 2018 unauthorized discharge of Enviromul with Puredrill IA-35LV from the Transocean Barents semi-submersible drilling rig.

"The spill was a breach by Suncor (the operator) and Transocean Canada (the drilling contractor) of their obligations under the Canada-Newfoundland and Labrador Atlantic Accord Implementation Act (the Accord Act), and a violation calculated under the Canada-Newfoundland and Labrador Offshore Petroleum Administrative Monetary Penalties Regulations (the Regulations)," C-NLOPB said.

The Regulations classify violations into two categories: “Type A” violations are of an administrative or record-keeping nature and “Type B” includes all other violations, including violating safety or environmental requirements.

"The AMPs issued to Suncor and Transocean Canada were Type B violations. Penalty amounts are determined on a case-by-case basis in accordance with the Regulations. To date, there have been no observed impacts to marine life in the area," C-NLOBP said.

The original Notices of Violation for $64,000 were issued by C-NLOPB staff to both Suncor and Transocean Canada on April 23, 2020. Both companies filed a Request for Review, pursuant to section 202.2 of the Accord Act.

On conducting the reviews, a Review Committee of the Board determined that the penalties to be paid by both Suncor and Transocean Canada would be revised to $40,000 and $52,000, respectively, the regulator said.