Johan Sverdrup Oilfield to Boost Output in May 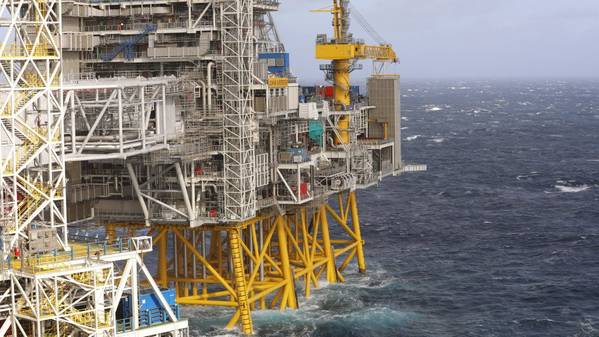 "Phase 1 production capacity is about to step-up to 535,000 barrels of oil equivalent per day (boepd) gross, and I expect, when the impact on the full field capacity has been assessed, we will see an increase above the current guidance of 720,000 boepd," Chief Executive Nick Walker said in a statement.

Sverdrup was previously expected to ramp up its capacity in summer from 500,000 boepd at the start of the year. Its final phase is expected to start up at the end of 2022.

Lundin said studies to identify opportunities to increase field's production continued and was expected to be completed during the second quarter of 2021.

Lundin's production in the first quarter rose 20% from a year ago to 182,900 boepd, helping boost quarterly revenue to a record $1.1 billion as oil prices also rose, the company said.

Lundin, which gets one fifth of the oil produced from Sverdrup, said the company was on track to grow its overall production to more than 200,000 boepd by 2023.

The company generated record high quarterly earnings before interest, tax, depletion, amortization and exploration expenses (EBITDAX) at $1.0 billion, up from $581.1 million a year ago, it added.

Lundin has upped its renewable expenditure guidance for 2021 to $100 million from $70 million due to adding the investment in Karskruv wind farm project in southern Sweden.

The company has invested in three renewable energy projects to cover the electricity used to produce oil and gas offshore Norway, as it aims to become carbon neutral from the production stage by 2025.