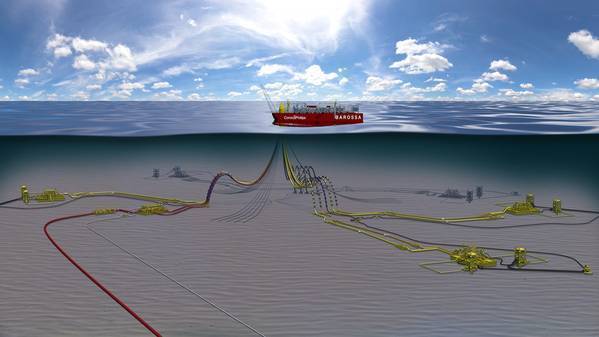 TechnipFMC said it received a notice to proceed for a subsea production system contract from Australian gas producer Santos for the Barossa field development project, located 300 kilometers north of Darwin.

The contract scope covers the supply of subsea trees and associated control systems, manifolds and wellheads, as well as installation and commissioning support, which will help to extend the life of the existing Darwin LNG facility.

TechnipFMC's contract, awarded in May 2019, is valued between $75 million and $250 million, the company said.

Jonathan Landes, President Subsea at TechnipFMC, said, “We are very pleased to have been selected as a subsea partner for the Barossa project. This important award strengthens our relationship with Santos and further demonstrates our commitment to assist in the development of the Australian energy sector.”

The development will comprise a BW Offshore supplied FPSO, subsea production wells, supporting subsea infrastructure and a gas export pipeline tied into the existing Bayu-Undan to Darwin LNG pipeline. First gas production is targeted for the first half of 2025.