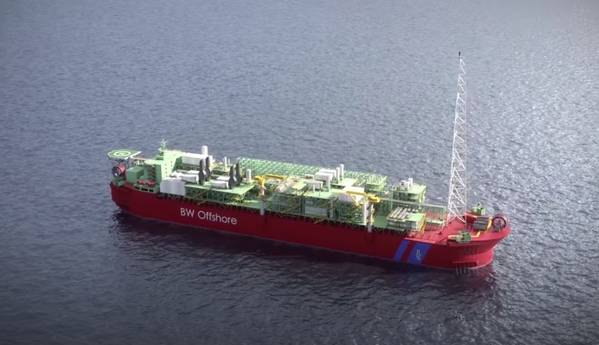 Australian oil and gas company Santos has signed a contract with FPSO supplier BW Offshore for the delivery of an FPSO for the Barossa gas field, located 300 kilometers offshore Darwin in Australia. The contract is subject to Final Investment Decision (FID) by Santos and its partners, with the FID expected in the coming weeks.

The Lease and Operate contract has a firm period of 15 years, with 10 years of options. The firm period contract value is USD 4.6 billion. BW Offshore will be responsible for the engineering, procurement, construction, installation, and operation of the FPSO.

"The contract contains an upfront pre-payment and an option to buyout, and achieves an overall reduction of approximately US$1 billion in capital expenditure," Santos said.

The FPSO will be a large unit with a processing capacity for up to 800 million standard cubic feet per day (MMSCFD) of gas and a design capacity of 11,000 barrels per day of stabilized condensate. The FPSO will be turret moored with a new built hull based on BW Offshore’s RapidFramework® design. Initial gas production from the FPSO is expected during the first half of 2025.

According to BW Offshore, its Rapid Framework® concept is based on experience from the development of the Catcher FPSO in 2017, allowing for concurrent hull construction and topside integration by removing interdependencies during the construction phase. The design, according to BW Offshore, can accommodate the most advanced topsides. For Barossa, the topside weight is expected to be approximately 35,000 tons.

"The project capex of around USD 2 billion will be financed by banks and equity partners, in combination with BW Offshore, as well as approximately USD 1 billion in total advance lease payments during the construction period," BW Offshore said.

A syndicate of international project finance banks will provide 14-year debt financing during both construction and operation. BW Offshore and international infrastructure equity partners will contribute 51% and 49% of the project equity respectively. Both the debt and equity agreements are well advanced, BW Offshore added.

"The decision to proceed with an FPSO services contract maintains a low ongoing operating cost while engineering enhancements have significantly reduced the project’s carbon footprint,” Gallagher said. “This reduction in capital expenditure makes Barossa one of the lowest cost of supply projects in the world for LNG and will provide new supply into a tightening LNG market.” 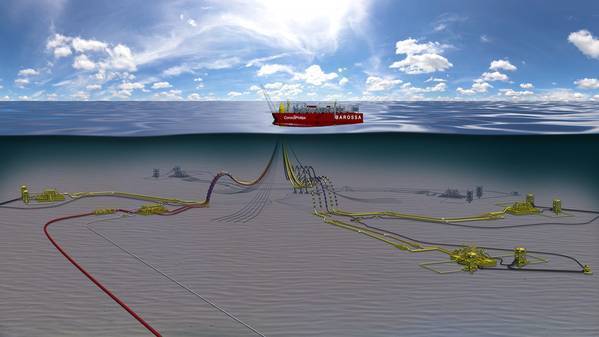 The FPSO will be built in South Korea and Singapore before being towed and permanently located in the field where it will process natural gas prior to its transport via pipeline to Darwin LNG. Condensate will be stored on the FPSO for periodic offloading.

Barossa will provide the next source of gas for the existing Santos-operated Darwin LNG plant once current reserves from the Santos-operated Bayu-Undan field in the Timor Sea have been depleted.

Gallagher said the awarding of this contract builds on the momentum of the Barossa project over the past six months and is the final milestone ahead of FID.

“At the end of last year, we announced that transport and processing agreements had been finalized for Barossa gas to be tolled through Darwin LNG and we signed a long-term LNG sales agreement with Diamond Gas International, a wholly-owned subsidiary of Japan’s Mitsubishi Corporation.”
A final investment decision on the Barossa project is anticipated in the coming weeks with the first gas targeted for the first half of 2025, Santos said.