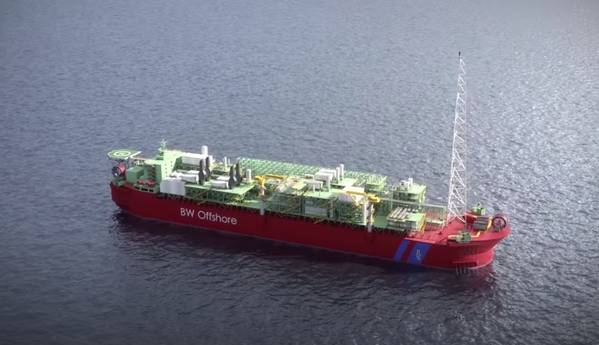 Australian oil and gas company Santos on Tuesday announced a final investment decision (FID) has been taken to proceed with the US$3.6 billion gas and condensate project, located offshore the Northern Territory, Australia.

The Barossa development will comprise a BW Offshore supplied FPSO, subsea production wells, supporting subsea infrastructure and a gas export pipeline tied into the existing Bayu-Undan to Darwin LNG pipeline. First gas production is targeted for the first half of 2025.

Barossa FID also kick-starts the US$600 million investment in the Darwin LNG life extension and pipeline tie-in projects, which will extend the facility life for around 20 years, Santos said. The Santos-operated Darwin LNG plant has the capacity to produce approximately 3.7 million tonnes of LNG per year.

"Barossa is one of the lowest cost, new LNG supply projects in the world and will give Santos and Darwin LNG a competitive advantage in a tightening global LNG market. The project represents the biggest investment in Australia’s oil and gas sector since 2012," Santos said.

Santos Managing Director and Chief Executive Officer Kevin Gallagher said: "As the economy re-emerges from the COVID-19 lockdowns, these job-creating and sustaining projects are critical for Australia, also unlocking new business opportunities and export income for the nation. The Barossa and Darwin life extension projects are good for the economy and good for local jobs and business opportunities in the Northern Territory."

"Barossa and Darwin LNG life extension will create 600 jobs throughout the construction phase and secure 350 jobs for the next 20 years of production at the Darwin LNG facility," he said.

“Less than a year since we completed the acquisition of ConocoPhillips’ northern Australia and Timor-Leste assets and despite the global economic impact of a once-in-a-hundred-year pandemic, it is a great achievement to have extended the life of Bayu-Undan following the approval of the infill drilling program and now to have taken FID on the Barossa project. I’d like to thank the Australian, Northern Territory and Timor-Leste governments, our joint venture partners, and our customers for their support."

Barossa FID is the final condition required for completion of the 25 percent equity sell-downs in Darwin LNG and Bayu-Undan to SK E&S, which is also a partner in Barossa. Completion of the SK transaction is expected to occur at the end of April and result in net funds to Santos of approximately US$200 million, being the sale price of US$390 million less the forecast cashflows from the 25 percent interests from the effective date of 1 October 2019 to completion. 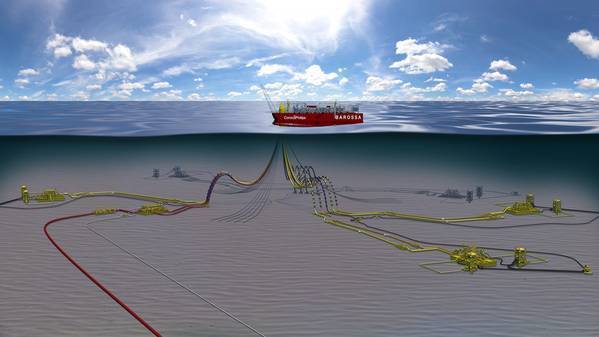 “I am delighted to welcome our Barossa joint venture partner SK E&S as a partner in Bayu-Undan and Darwin LNG and appreciate their support for today’s Barossa development decision," Gallagher said.

Santos and JERA continue to progress the binding sale and purchase agreement for JERA to acquire a 12.5 percent interest in Barossa, Santos said.

Completion of the sell-downs to SK E&S and JERA will see Santos’ interests in Bayu-Undan and Darwin LNG change to 43.4 percent, and in the Barossa project to 50 percent.

The Barossa investment decision will see approximately 380 million barrels of oil equivalent resources commercialized to 2P reserves at Santos’ expected 50 percent interest in the project following the sell-down to JERA.

At the end of last year, Santos announced the tolling arrangements had been finalized for Barossa gas to be processed through Darwin LNG and that Santos had signed a long-term LNG sales agreement with Diamond Gas International, a wholly-owned subsidiary of Mitsubishi Corporation, for 1.5 million tonnes of Santos-equity LNG for 10 years with extension options.

Commenting on Santos making the Barossa FID, Shaun Brady, an analyst at Wood Mackenzie said:" This decision makes a lot of sense given the significant LNG demand expected across Asia Pacific through the next two decades. As Barossa was the only logical backfill option for DLNG, the Darwin facility would have had to shut down for an extended period if it was not sanctioned, with partners incurring significant decommissioning costs.

"Barossa is an economically attractive ‘backfill’ investment because it can utilize the existing DLNG infrastructure. As a result, it can compete with greenfield global projects that need to construct expensive new LNG infrastructure.

"Santos is looking to grow its production to 120 mmboe (329 kboed). A key part of this target is the Barossa project, which became a key strategic option after Santos purchased ConocoPhillips’ northern  Australia business in October 2019.

"The oil price crash has helped Santos optimize the Barossa project plan and reduce its capital costs. BW Offshore swooped in and won the  FPSO contract from MODEC by offering a hybrid lease that would defer significant capital spend for the Barossa joint venture.

"Santos has a goal to be net-zero by 2040 and reduce emissions by  30% through 2030. The Barossa field contains high levels of CO2. These emissions will need to be offset by a combination of land-based offsets, energy efficiency projects, electrification, and the Moomba CCS project. With such a high carbon intensity, Santos must now deliver the projects that can offset this impact.

"2021 is shaping up to be the most important year in Australian upstream investment in over a decade. Barossa is the single largest upstream project to be sanctioned since 2012. With Woodside also targeting Pluto T2 and Scarborough FID in H2, and Chevron aiming to sanction additional subsea spend at Gorgon LNG, 2021 could define the upstream capital landscape in Australia for the rest of the decade.

"With the Barossa FID made, it will be  interesting to see if Santos can compete the JERA sell down and if it will reduce the equity of other assets in its portfolio."