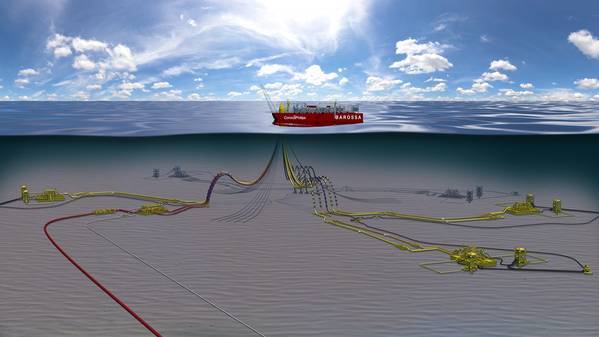 U.S. oil company ConocoPhillips has completed the sale of its Australia-West assets and operations to Australia's Santos.

The two companies in October 2019 struck a deal for Santos to acquire ConocoPhillips’ northern Australia business with operating interests in Darwin LNG, Bayu-Undan, Barossa, and Poseidon for US$1.39 billion, plus a $75 million contingent payment subject to FID on Barossa.

However, due to recent market volatility and the deferral of Barossa FID, Santos and ConocoPhillips agreed to decrease the previously announced US$1.39 billion upfront payment at completion to US$1.265 billion and increase the contingent payment on Barossa FID from US$75 million to US$200 million.

This brings the total due to ConocoPhillips upon a final investment decision to $200 million.

Based on effective date of January 1, 2019, customary closing adjustments, and the increased allocation to the final investment decision payment, ConocoPhillips' has received net cash proceeds of approximately $765 million in the current quarter. Proceeds from the transaction are expected to be used for general corporate purposes.

“Santos has a strong presence in the Australian oil and gas industry and is already a co-venturer in the Bayu-Undan, Darwin LNG and Barossa projects. We are pleased to close this sale with an Australian company that will help continue the development of Australia’s oil and gas resources,” said Matt Fox, executive vice president and chief operating officer. “ConocoPhillips has more than two decades of local operations success in Australia and we look forward to continuing our presence in the nation with our Australia Pacific LNG project and exploration activities.”

Santos Managing Director and Chief Executive Officer Kevin Gallagher said: "As a foundation partner in Bayu-Undan and Darwin LNG, and an existing partner in Barossa, we know these assets well. We are delighted to assume operatorship and continue to progress the Barossa project so that a final investment decision can be made when market conditions permit.”

“We welcome the ConocoPhillips’ Australia-West employees to Santos and look forward to getting on with the process of integrating our two businesses to create one high performing team,”  Gallagher said.

“Santos continues to build alignment between the Darwin LNG and Barossa joint ventures. Following completion of the previously announced sell-downs to SK E&S and JERA, Santos will hold a 43.4% interest in Darwin LNG and a 50% interest in Barossa,” Gallagher said.

“We are continuing to advance discussions with other parties for the sale of further equity in the Barossa project in line with our previously stated target ownership level of around 40% to achieve increased partner alignment and prudent future allocation of growth capital. We are also in discussions with buyers for Barossa LNG volumes.”

The sale of interests in Bayu-Undan and Darwin LNG to SK E&S, and in Barossa to JERA, are subject to third-party consents, regulatory approvals and an FID decision on Barossa.