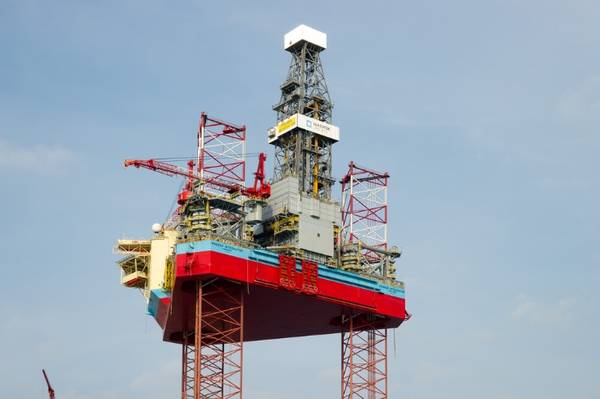 The contract is expected to start in December 2021, in direct continuation from the rig's current scope for Aker BP. The one-well contract has an estimated duration of 36 days.

Maersk Integrator is contracted under the terms of the frame agreement that Maersk Drilling and Aker BP entered into in 2017 as part of the Aker BP Jack-up Alliance which also includes Halliburton. Contracts under the alliance are based on market-rate terms with incentive arrangement for all parties, based on actual delivery and performance, the drilling contractor said.

According to Maersk Drilling, the ultra-harsh environment jack-up rig recently completed a series of upgrades to convert it to a hybrid, low-emission rig.

"We’re delighted to add this additional work scope for Maersk Integrator which will provide an opportunity to prove that our alliance model with Aker BP and Halliburton also can be applied to an exploration campaign, expectedly resulting in significant efficiency gains and emissions reductions,” says COO of Maersk Drilling Morten Kelstrup.

Worth noting, late in March, Maersk Drilling said it had won a contract with  Aker BP for the ultra-harsh environment jack-up rig Maersk Reacher.

Aker BP will use the Maersk Reacher to assist with well intervention, stimulation, and accommodation at the Valhall field offshore Norway.

The drilling company said that the Maersk Reacher jack-up would be reactivated with reduced drilling equipment and a specific focus on delivering the most efficient well intervention and stimulation set-up including a reduced crew level compared to standard drilling mode.