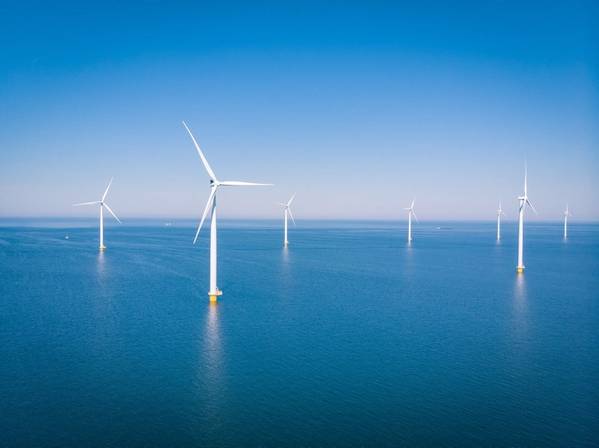 The Polish Energy Regulatory Office has awarded a Contract for Difference to the Baltica 3 and Baltica 2 offshore wind farms with a total capacity of up to 2.5 GW, Danish offshore wind developer Ørsted said Wednesday evening.

"Baltica 3 and 2 will contribute significantly to Poland’s green energy transition, accelerate the development of the local supply chain and spur economic activity for many years to come," Ørsted said adding that the move meant a big step closer to the realization of the largest offshore wind project in the Polish part of the Baltic Sea.

The President of the Polish Energy Regulatory Office (ERO) awarded the project a Contract for Difference (CfD) at a maximum of PLN 319.60/MWh in accordance with the Decree of the Minister of Climate and Environment of Poland and the Offshore Wind Act.

"This effectively confirms that the Baltica Offshore Wind Farm has been selected for the first phase of Poland’s ambitious offshore wind buildout program," Ørsted said.

With a total capacity of up to 2.5 GW, Baltica 3 and 2 will generate enough green electricity to power 4 million Polish households.

In February 2021, Ørsted and PGE signed an agreement to form a 50/50 joint venture for the development, construction, and operation of Baltica 3 and 2, developed through special purpose vehicles.

Subject to the closing of the joint venture transaction and Ørsted’s and PGE’s final investment decisions, the Baltica 3-phase of the project (up to 1 GW) would start generating power around 2026, while the Baltica 2-phase (up to 1.5 GW) could become operational before 2030. The CfD award is subject to final approval from the European Commission.

Rasmus Errboe, Senior Vice President and Head of Region Continental Europe at Ørsted, said the offshore wind industry would be "a cornerstone in Poland’s transition to green power and has the potential to create thousands of Polish jobs."

He also said his company was committed to strengthening the local supply chain.

Poland, which has no operational offshore wind farms plans to install 5.9 GW by 2030, up to 11 GW by 2040, and, according to Ørsted's statement on Wednesday, analyses suggest a potential of up to 28 GW in Polish waters by 2050.

"This will make Poland the biggest market for offshore wind in the Baltic region and contribute significantly to the European Commission’s target of 300 GW offshore wind capacity in European waters by 2050 to meet the EU’s climate neutrality goal," Ørsted said.

The Polish Wind Energy Association estimates that the realization of the offshore wind capacity targets in the Polish Offshore Wind Act will unlock EUR 29 billion investments.