Equinor Sees Drop in Emissions in 2020 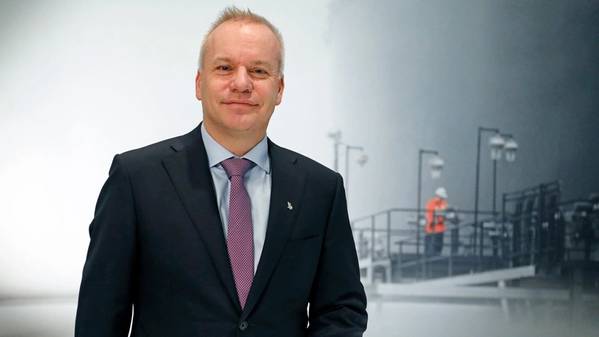 Norwegian oil and gas company Equinor, which is working to become a broader energy company, with increasing investments in renewable energy, said Friday its greenhouse emissions in 2020 had dropped compared to 2019.

"In 2020, Equinor’s (scope 1 & 2) greenhouse gas emissions were 1.4 million tonnes lower than in 2019, due to energy efficiency projects, changes in the portfolio and lower activity level," the company said.

According to Equinor, its average CO2 intensity of Equinor’s operated portfolio was 8.0 kg CO2 per barrel of oil equivalent (boe), down from 9.5 kg per boe in 2019.

"Going forward, Equinor expects fluctuations in the upstream carbon intensity from year to year, but the long-term direction towards lower emission intensity is clear," the company said.

Equinor said it was positioning itself "to create value and be a leading company in the energy transition and took major steps in 2020 to shape the future of the company."

“We are preparing for a future that will be different from the past. Equinor aims to be a leading company in the energy transition and to build the energy industry of tomorrow,” says Opedal.

He said: "Society has to move towards net-zero emissions, and we aim to be a committed partner on that journey. Equinor has set clear ambitions for the future and we are delivering strong progress to achieve them."

While the company's goal is to lead the energy transitions, renewables and low carbon solutions projects accounted for 4% of Equinor’s gross capex in 2020.

However, this is expected to change in the future as the renewable share of all projects sanctioned, and investments committed in 2020 was around 60%.

This included, among others, the final investment decision on the Dogger Bank A & B offshore wind farm phases, in what will become the world's largest offshore wind farm, the start of construction of the Hywind Tampen floating wind farm - also the world's largest, and sanctioning the Northern Lights project, aimed at developing a facility beneath the North Sea to store carbon dioxide.

"By 2050, Equinor aims to be a net-zero company – including emissions from the use of the energy we provide. We will reduce emissions from our own oil and gas production, accelerate growth within renewables and develop markets for hydrogen, carbon capture and storage," Opedal said.