NEO Energy to Take Over Zennor in $625M Deal 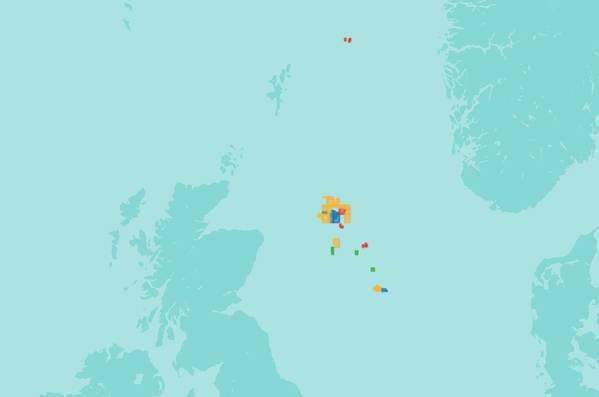 HitecVision-backed NEO Energy has agreed to acquire independent oil and gas company Zennor Petroleum from Kerogen Capital for up to $625 million, including deferred and contingent payments.

The deal comes some two weeks after NEO acquired ExxonMobil's assets in the UK North Sea in a deal valued at more than $1 billion.

"NEO Energy and HitecVision are pleased to announce the signing of a transaction that solidifies NEO’s position among the largest oil and gas producers in the UK," NEO Energy said Monday.

"Through the acquisition of Zennor, NEO will take ownership of a quality portfolio of assets centred around the strategic Britannia and ETAP production hubs, with organic near-term growth prospects from sanctioned projects including the operated Finlaggan tie-back, scheduled for first production later this year, and a series of future development opportunities including the operated Greenwell and Leverett projects (tie-backs to Britannia), and Murlach (tie back to ETAP)," NEO said.

"This acquisition will increase NEO’s portfolio of operated assets providing greater control and capital allocation flexibility. The Zennor portfolio adds circa 40 mmboe of reserves and more than 90 mmboe of un-risked resource to NEO," NEO added.

Following completion of the transaction, the Zennor team will join NEO, increasing headcount to over 180 people.

Russ Alton, CEO of NEO Energy, said: “This transaction provides a further immediate uplift to NEO’s production and resource base with several high-quality follow-on development opportunities. This follows closely on from our agreement with ExxonMobil and is a further demonstration of the scale of our ambition in the UKCS, with a clearly defined target of achieving 120,000 boepd in 2023.

"We are excited to welcome the Zennor team, whose capabilities complement those in NEO today. Our combined teams will operate a large asset portfolio providing us with greater control and flexibility to maximize value and to invest in further expanding our asset base in the UKCS.”

In a separate statement, Zennor said its portfolio of c.40 mmboe of net 2P reserves and more than 90 mmboe of net 2C resources was comprised of non-operated interests in the Mungo & Monan, Britannia, Bacchus, and Cormorant East producing fields, a 100% operated interest in its "flagship" Finlaggan development project and interests in several near-field discoveries. Zennor’s net production is expected to exceed 20,000 boepd in Q4 2021, once Finlaggan is onstream.

Jason Cheng, CEO and Managing Partner of Kerogen Capital, said: "Together with the Zennor team, we have built a portfolio of long-life, high-margin assets with significant further growth potential. With the Finlaggan development nearly complete, we believe this is an opportune time to monetize our investment and realize an attractive outcome for our investors while leaving room for NEO to deliver the next phase of portfolio growth in synergy with their existing assets."

"We deeply value the relationship developed with the Zennor team over the past years and we wish them every success going forward as part of the NEO organization where we are confident, they can continue to deliver growth at a larger scale.”