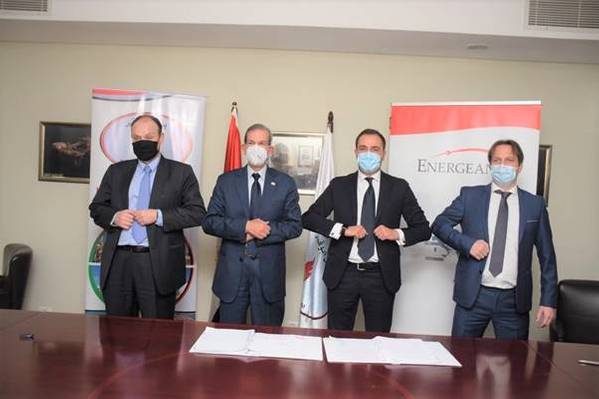 The contract covers the Engineering, Procurement, Construction, and Installation of four subsea wells as well as the subsea tie-back to the existing AbuQir Petroleum infrastructure and processing plant. The value of the deal was not disclosed.

The integrated project NEA/NI is due to deliver first gas in 2H 2022 with 49 million boe of 2P reserves, 87% of which is gas, and peak production is expected to be approximately 90 MMscf/d plus 1 kbbl/d of condensates.

Nicolas Katcharov, Energean’s Country Manager in Egypt, said the project initiated "a significant development with an innovative integrated approach, providing substantial benefits to the long-term production profile in the country whilst bringing additional cost efficiencies and strategic benefits. It is also opening a new perspective for the near-field exploration in the Egypt Nile Delta offshore."

Worth noting, Energean in January announced Final Investment Decision had been taken on the North El Amriya and North Idkunea (“NEA/NI”) concession subsea tieback project offshore Egypt. It at the time said that total capital expenditure was  expected to be approximately $235 million, "the majority of which is expected to be incurred in 2022."

In a separate statement released later on Wednesday, TechnipFMC confirmed the contract and shared more details.

"This is the second project that TechnipFMC will execute for Energean using its integrated subsea model, thereby reducing the overall cost, project interfaces and associated delivery risks. TechnipFMC is currently partnering with Energean to develop the Karish gas field development in the Mediterranean Sea offshore Israel," TechnipFMC said.

TechnipFMC said the contract was a "significant" one, which for Technip means that it ranges between $75 million and $250 million in value.