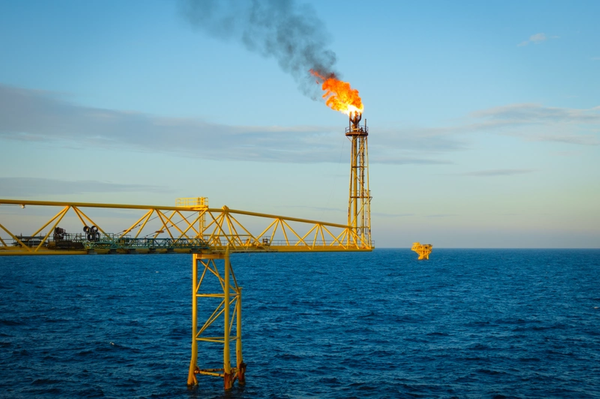 The UK oil and gas regulator Oil and Gas Authority (OGA) said Thursday that its revised strategy that features an obligation for the oil and gas industry to support UK's net-zero target had come into force on February 11.

OGA's revised strategy was laid before Parliament on December 16, 2020, and will see that the oil and gas companies step up efforts to reduce production emissions, support carbon capture and storage (CCS) projects and unlock clean hydrogen production.

Under the revised strategy has shared what it calls the Central Obligation which calls for the industry to "secure that the maximum value of economically recoverable petroleum is recovered from the strata beneath relevant UK waters; and, in doing so... take appropriate steps to assist the Secretary of State in meeting the net-zero target, including by reducing as far as reasonable in the circumstances greenhouse gas emissions from sources such as flaring and venting and power generation, and supporting carbon capture and storage projects."

"Oil and gas currently provide around 75% of UK energy consumption and government forecasts show they will remain part of the energy mix for the foreseeable future, as we transition to net zero. The OGA believes that the industry has the skills, infrastructure and capital necessary to help ensure that the net-zero target is achieved," the OGA said.

In addition to the net-zero obligation, the revised strategy also calls on the industry to work collaboratively with the supply chain and actively support CCS projects, and the OGA said it would "monitor closely and ensure that carbon costs are considered in regulatory decisions."

"The OGA is now actively implementing the revised Strategy into its work; guidance documents are being updated to help industry understand how operations may need to alter in order to achieve the new requirements. A new stewardship expectation is also being developed to reflect the revised Strategy and its net-zero target," the OGA said.