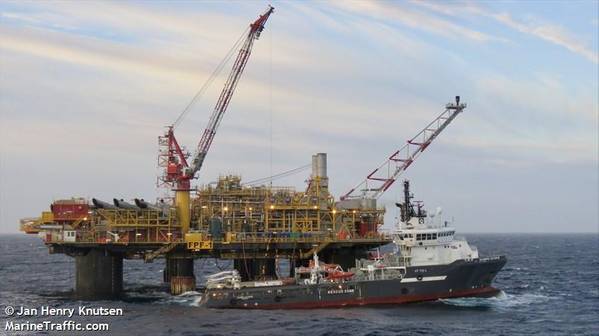 A Covid 19 outbreak on Ithaca Energy's FPF-1 platform in the UK North Sea has forced the oil and gas company to shut down production. In total, four crew members from the offshore production platform have tested positive and have been sent ashore.

In a statement sent to Offshore Engineer, Ithaca Energy said that, first, a crew member onboard the FPF-1 platform was medevac’d on January 19, 2021, due to displaying coronavirus (COVID-19) symptoms. Upon arriving onshore, the crew member tested positive for COVID-19, Ithaca said.

"All close contacts onboard the FPF-1 were identified and isolated from the rest of the crew, under the supervision of the onboard medic, before they were downmanned from the platform," Ithaca Energy said.

"A further three crew members were medevac’d on 20 January 2021, due to displaying COVID-19 symptoms. Upon arriving onshore, all three crew members tested positive for COVID-19. Close contacts of the crew members are now isolating under the supervision of the onboard medic and will be downmanned from the platform as soon as possible," the company added.

"The safety and wellbeing of our workforce is our top priority. Production on the FPF-1 has been shut in to ensure the safety of all those onboard. We are moving to minimum manning, conducting a thorough deep clean, and implementing testing of those essential personnel remaining onboard the platform. We will not seek to restart production until we can start up in a safe and controlled manner," an Ithaca Energy spokesperson said, adding that Public Health Scotland and the Health and Safety Executive (HSE) have been notified.

The FPF-1 floating production facility is located in Block 30/6a, some 240 km east of Aberdeen, and serves the Ithaca-operated Greater Stella Area production hub.

The Ithaca Energy operated Greater Stella Area is located in the Central Graben area of the Central North Sea. The FPF-1 produces oil and gas from Stella, Harrier, and Vorlich fields.

Ithaca's production for the first nine months of 2020 was 68 thousand barrels of oil equivalent per day (“kboe/d”), 61% liquids.

The company, a subsidiary of Israeli company Delek, last November said that full-year 2020 production was anticipated to be at the top end of the 63-68 kboe/d guidance range.

The original version of the article was based on a report by BBC. The article was subsequently updated with statements sent by Ithaca Energy.