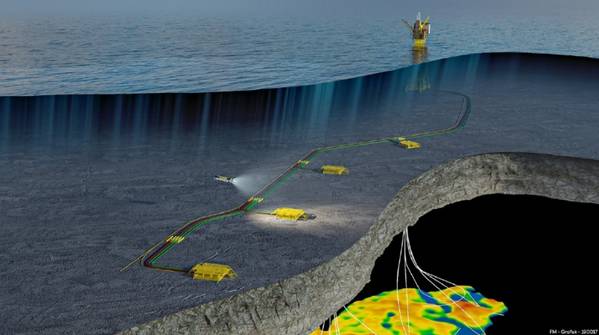 Alcatel Submarine Networks, part of Nokia, has this month signed deals with Equinor to deliver submarine cables for subsea control infrastructure for the Northern Lights CCS project as well as for the Breidablikk offshore development.

The Northern Lights project is part of the Norwegian full-scale carbon capture and storage (CCS) project Langskip (Longship), supported by the Norwegian government. Northern Lights will transport liquid CO2 from capture facilities to a terminal at Øygarden in Vestland County. From there, CO2 will be pumped through pipelines to a reservoir beneath the seabed.

"The system is ready to be further extended, from the same cable, whatever the distance, to connect additional templates as the volume of captured CO2 will be increased, Alcatel Submarine Networks said.

"DC/FO solution to be deployed on Northern Lights, is based on standardized products, whatever the project configuration, saving risks, costs, and lead time. DC/FO, qualified and co-developed with Equinor, is contracted on several Equinor projects," the company said.

Separately, Equinor and Alcatel Submarine Networks (ASN) signed a new contract for the roll-out of the DC/FO submarine cable for subsea control infrastructure for Equinor’s Breidablikk field development. The Breidablikk field is located in the Norwegian part of the North Sea, and will be a subsea development tied back to the Grane platform.

Biston said that the Breidablikk award was an opportunity to demonstrate that DC/FO "is now a mature technology which meets key Oil & Gas companies current requirements.”