Norway to Launch $2,7B Carbon Capture and Storage Project 'Longship' 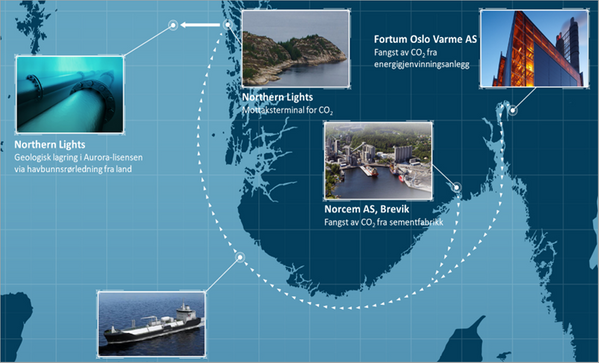 "Longship is a milestone in the Government’s industry and climate efforts. The project will lead to emission cuts, and facilitate development of new technology and thus new jobs," says Prime Minister Erna Solberg.

The Government has proposed to first implement carbon capture at Norcem’s cement factory in Brevik. Also, it plans to fund Fortum Oslo Varme’s waste incineration facility in Oslo, providing that the project secures sufficient own funding as well as funding from the EU or other sources.

"For Longship to be a successful climate project for the future, other countries also have to start using this technology. This is one of the reasons why our funding is conditional on others contributing financially as well," Solberg said.

The Longship project will also fund the transport and storage project Northern Lights, a joint project between Equinor, Shell and Total.

Northern Lights will transport liquid CO2 from capture facilities to a terminal at Øygarden in Vestland County. From there, CO2 will be pumped through pipelines to a reservoir beneath the seabed.

"For many years, various Norwegian governments have supported technology development, test and pilot projects, and underscored the importance of carbon capture and storage as an important climate tool internationally. The present Government has followed up this work and made targeted efforts on CCS since 2013," the government said.

"Building bit by bit in collaboration with the industry has been important to us in order to be confident that the project is feasible. This approach has worked well, and we now have a decision basis. Longship involves building new infrastructure, and we are preparing the ground for connecting other carbon capture facilities to a carbon storage facility in Norway. This approach is a climate policy that works, says Minister of Petroleum and Energy," Tina Bru.

"Longship is the greatest climate project in Norwegian industry ever. We will cut emissions, not progress," Bru said. 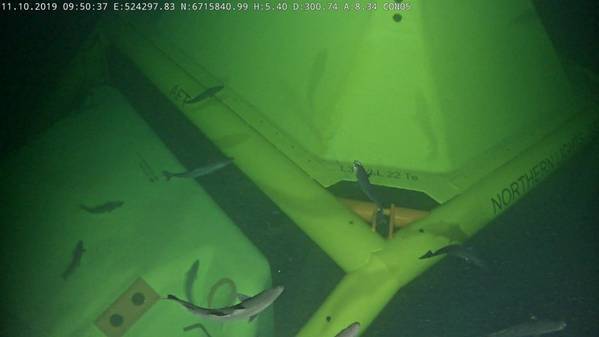 In its statement on Monday, the government cited a UN Intergovernmental Panel on Climate Change, which has said that CCS will be necessary to reduce global greenhouse gas emissions in line with the climate targets at the lowest possible cost.

"There are currently few facilities in operation on a global basis. We, therefore, need more projects that bring learning and technological development. In turn, they will help reduce costs. If CCS is to become an efficient climate policy instrument, new facilities must be established in Europe and globally," the government said. Norway has committed to cutting domestic emissions by 50-55 percent by 2030.

"For the world to achieve the goals that we have committed ourselves to in the Paris Agreement, we need large-scale carbon capture and storage. Not all emissions can be cut by applying renewable energy. In several industrial processes, such as the production of cement, CCS is the only technology that can cut emissions. With Longship, Norway will support the development of climate solutions for the future," says Minister of Climate and Environment, Sveinung Rotevatn.

Norway, the government said, is in a good position to contribute to the development of CCS. The country has a strong technological community in the field of carbon capture, transport and storage.

"For decades, the development and operation of the CO2 storage projects on the Sleipner and Snøhvit fields have demonstrated safe carbon storage on the Norwegian continental shelf," the government said.

"Effective climate policies must be positive industrial policies. Through Longship, the Government will strengthen the Norwegian industry by enabling enterprises to meet the climate requirements of the future. The project is an important contribution to green growth and will secure and create new jobs in the industry, says Minister of Children and Families, Kjell Ingolf Ropstad.

Longship facilitates the further development of CCS both in Norway and Europe. The project has been matured to a level required for an investment decision, and the decision basis shows that all parts of the project are feasible, the government said.

The government has acknowledged that the project also involves risks.

"For Longship to have the desired effect, an ambitious development of climate policies in Europe is needed.  The risks are primarily connected to the economy of the project, such as the technical integration of the different parts of the project, the scope of following projects and necessary support schemes for such projects from the EU and individual countries. What is not at risk is the safety and integrity of the storage solution for CO2," it said.

The total cost estimate is thus NOK 25.1 billion (around USD 2.7 billion). Longship will receive state aid in accordance with negotiated agreements. The state’s part of these costs is estimated at NOK 16.8 billion (around USD 1,82 billion), the government said.

Aker Carbon Capture, a company formed a few weeks back after Aker Solutions decided to spin off carbon capture and offshore wind into separate businesses ahead of its merger with Kvaerner, on Monday welcomed the Norwegian government's recommendation to realize CO2 capture and storage at Norcem HeidelbergCement’s plant in Brevik, Norway.

Aker Carbon Capture has signed a framework agreement with Norcem HeidelbergCement for the EPC delivery of a CO2 capture plant in Brevik, Telemark in southern Norway. This will be the first carbon capture project at a cement factory anywhere in the world. The captured CO2 at the plant equals the total emissions from about 200,000 cars from the roads.

"This is a big day for everyone who works to reduce emissions from industry,” says Valborg Lundegaard, CEO of Aker Carbon Capture. “We welcome today's decision to start full-scale CO2 capture and storage in Norway, and we look forward to working with Norcem HeidelbergCement, Norwegian authorities and all other stakeholders to realize this groundbreaking project, and to deploy Aker Carbon Capture’s patented technology.”

The estimated value of the contract for Aker Carbon Capture is about NOK 1.7 billion. The project is expected to start in January 2021. The carbon capture plant is scheduled to start operations in 2024. 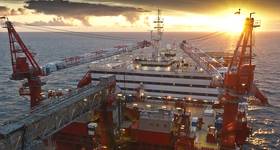