Falklands Oil Explorer in Board Changes 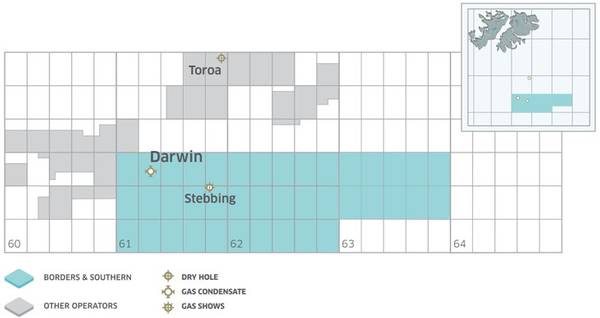 Borders & Southern Petroleum, a company with oil and gas exploration assets offshore the Falkand Islands, on Wednesday announced board changes.

The London based independent oil & gas exploration company announced the retirement of Nigel Hurst-Brown from the Board of Directors. His departure will take effect on January 1, 2021.

At the same time, the company announced the appointment of William John Edmund Hodson, aged 41, as Non-Executive Director.

"William joins the Company with a long-standing background in corporate finance and capital markets, with significant experience in the resource sector," Borders & Southern Petroleum said.

Furthermore, Borders & Southern also announced that as of January 1, 2021, the company has appointed Auctus Advisors LLP and Strand Hanson Limited to act as its Joint Brokers.

Borders & Southern's Chairman, Harry Dobson, said: "I'd like to thank Nigel Hurst-Brown for the significant contribution he has made to the Company over many years. I have enjoyed working with Nigel and have appreciated the wisdom, strategic thinking and good humor that he has brought to Board. I wish him well in his retirement. I am also delighted that William Hodson has agreed to join the Board and look forward to working with him."

Borders & Southern holds a 100% equity interest and operatorship in three Production Licenses PL018, PL019 and PL020 in the Falkland Islands covering an area of nearly 10,000 square kilometers. The licenses are located approximately 150 km south-east of the Islands.

The company's Production Licences which grant exclusive rights for surveying, drilling, and production within the specified area, were due to expire on October 31, 2020, however, the company had applied for and was granted an extension to the offshore licenses by the Falkland Islands Government.

The company has been working to secure funds and find a partner for the next phase of operations in the South Falkland Basin, however, the progress has been slow due to a difficult situation with the oil and gas market in recent years.

"Smaller companies, such as ours, are finding it particularly challenging to raise risk capital and attract partners for large conventional offshore projects in frontier areas," the company's Chairman said back in April.

When it comes to farming out some of its interest in the Falkland Islands offshore blocks, Borders has said it has been in talks not only with oil companies but also with exploring potential collaborations with service and engineering companies.

The Darwin area has been described as a liquids-rich, gas condensate that has been independently assessed to contain an un-risked recoverable resource of over 450 million barrels of oil equivalent.

According to info on the company's website, a number of development scenarios have been considered for its Darwin offshore discovery. These scenarios include the full development of Darwin East and Darwin West or a phased development.

Engineering studies have demonstrated that the discovery, if successfully appraised, could be commercialized by a straightforward FPSO development, utilizing proven, off-the-shelf technology, according to info on the website.

The liquids would be produced and the dry gas re-injected back into the reservoir. A leased FPSO would be located in either 2,000 meters of water, above the discovery, or in 1,100 meters of water using a 14-kilometer subsea flow line.

The CEO in September said that Darwin's break-even oil price was less than $35 per barrel, with the asset offering quick payback, excellent reservoir and a relatively small environmental footprint. He, at the time, said the company was optimistic that progress towards appraisal and development would be achieved. 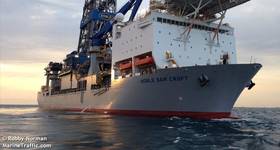