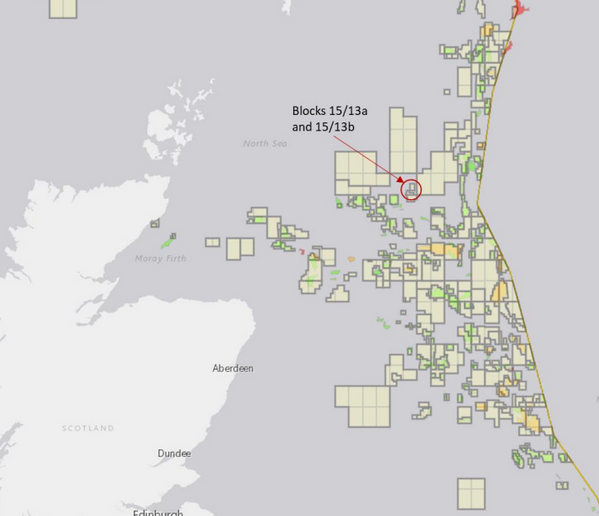 Malaysian oil and gas operator Hibiscus Petroleum has said that the final investment decision for the development of its Marigold cluster in the UK North Sea, will be made in March 2021, and not in December 2020, as previously expected, citing Covid-19 effects.

"[Anasuria Hibiscus UK] has been in pre‐submission discussions with the United Kingdom’s  Oil and Gas Authority (“OGA”) to ensure the FDP meets their requirements before the final submission is made later this month. In view of delays which are in large part due to the impact of Covid – 19, the project Final Investment Decision  (“FID”) which triggers the OGA approval of the FDP is now expected to be received around the end of March 2021 instead of by end December 2020" Hibiscus said.

The decision comes day after the company had in its operational update warned of the expected FID delay. It, at the time said that the development concept for the Marigold Cluster continued to be optimized to take advantage of the low crude oil price environment and the resultant reduction in oilfield service company rates.

"Given the current COVID-19 situation, it is likely that the Final Investment Decision for this project is now expected in 2021 with first oil being achieved in 2023," Hibiscus said in a November 27, update.

The Marigold Cluster comprises the following licenses and fields with discoveries:

Also worth noting, Anasuria Hibiscus UK had completed the acquisition of North Sea Blocks 15/18d and 15/19b, containing the Crown discovery, from United Oil & Gas PLC (“United”) and Swift Exploration Limited (“Swift”) for up to $5 million in late 2019, to be paid based on a combination of a series of milestones and an overriding royalty when the Crown field goes into production.

However, in view of the Marigold delays, Hibiscus said that the payment of an additional sum of USD3 million to United and Swift, due within seven business days of approval of the Marigold Field Development Plan (“FDP”)  is now expected to be made by the end of the first half of 2021.

However, if FDP Approval is not achieved, Anasuria Hibiscus UK may, at its discretion, proceed with the USD3 million payment or transfer License P2366 back to the Sellers at nominal consideration without any further payment obligation, Hibiscus said.

Hibiscus has previously said that the development concept for the Marigold cluster entailed drilling and completion of subsea wells and tieback to an FPSO via pipelines.

The project is expected to proceed in two phases to optimize capital expenditure.  In the first phase, three Marigold wells are anticipated to be drilled, completed, and tied back to the FPSO via a production manifold. Additional wells in Marigold along with wells in Sunflower and the Crown discovery field could be developed in a second project phase.