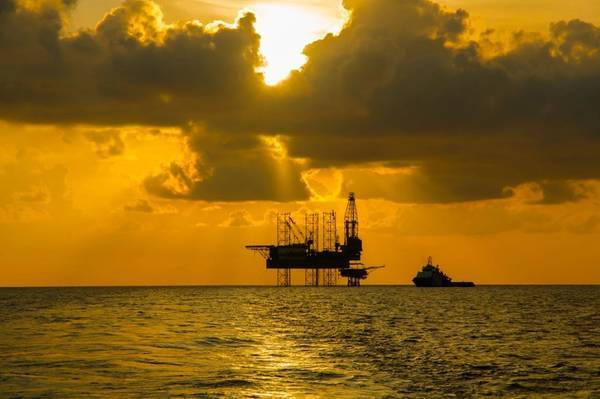 Italian oil and gas company Eni, together with partner BP, has made a gas discovery in the Great Nooros Area offshore Egypt.

Eni, a company which a few years back struck Egypt's largest gas find at the Zohr well in the Mediterranean Sea, on Wednesday said the new discovery was located in the Abu Madi West Development Lease, in the conventional waters of the Nile Delta, offshore Egypt.

The company made the discovery while drilling the Nidoco NW-1 exploratory well, in 16 meters of water depth, 5 km from the coast, and 4 km north from the Nooros field, discovered in July 2015.

"The Nidoco NW-1 exploratory well discovered gas-bearing sands for a total thickness of 100 meters, of which 50 meters within the Pliocene sands of the Kafr-El-Sheik formations and 50 meters within the Messinian age sandstone of the Abu Madi formations, both levels with good petrophysical properties," Eni said.

According to Eni, in the Abu Madi formations, a new level, which was not yet encountered in the Nooros field, has been crossed proving the high potential of the Great Nooros Area and the further extension of the gas potential to the North of the field.

"The preliminary evaluation of the well results, considering the extension of the reservoir towards north and the dynamic behavior of the field, together with the recent discoveries performed in the area, indicates that the Great Nooros Area gas in place can be estimated in excess of 4 Tcf," Eni said.

The Italian firm said it would start screening the development options of this new discovery "benefitting of the synergies with the area's existing infrastructures."

Eni holds a 75% stake in the license of Abu Madi West Development Lease, while BP holds the remaining 25% stake.

To remind, the Eni-BP partnership in July also made a gas discovery at the Bashrush well at North El Hammad license, located eleven kilometers off the Egyptian coast. The well, located in the shallow waters off Egpyt, encountered 102 meters of net gas pay in high-quality sandstones of the Abu Madi formation.