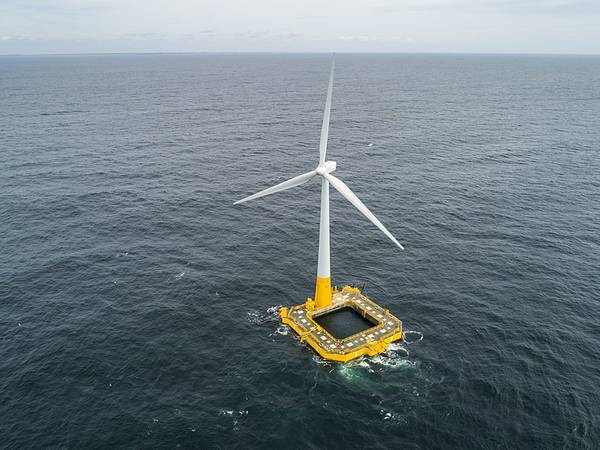 Located off the Eastern and Southern coasts of the country (Ulsan and South Jeolla Provinces), the projects have started an on-site comprehensive wind data collection campaign. The partners aim to launch the construction of the first project of around 500 megawatts by the end of 2023.

With the announcement of the "Green New Deal" plan last July 14th, South Korea has re-affirmed its strong ambitions to develop renewable energies which shall reach at least 20% of the power mix by 2030, including 12 GW of offshore wind capacities, Total said Tuesday.

The country has a significant potential for the development of a floating offshore wind segment benefiting from a strong governmental support and a unique set of local competencies amongst which the extensive shipbuilding know-how and the country’s ambitious R&D programs, the company added.

Patrick Pouyanné, Chairman & CEO of Total: "Our entry in the floating offshore wind segment in South Korea is in line with Total’s strategy to profitably develop renewable energy worldwide and contribute to our net-zero ambition.”

"We strongly believe in the potential of floating offshore wind in South Korea, which will play a key role in achieving the country’s renewables objectives. Thanks to its extensive experience in offshore projects, in cooperation with many Korean shipyards, Total is particularly well-positioned to contribute to the successful development of this new technology in South Korea together with our partner GIG.

"We are indeed very keen to expand our long-term cooperation with South Korea, contribute to the diversification of its energy mix, and support the emergence of a new industrial sector by maximizing Korean content within the supply chain of these projects.”

Total, best known for its oil and gas operations, is investing in the conventional, bottom-fixed foundation offshore wind, too. The company in June bought a stake in and made FID on the 1,140 MW Seagreen project in the UK.

Macquarie's GIG is a global investor and developer of green infrastructure assets, which has, to date, GIG has supported 16 offshore wind projects representing almost 5.5 GW of capacity in construction and operations.

GIG also has a global development pipeline of over 25 GW, including 4.5 GW of offshore wind development capacity across Asia.

Subject to regulatory approvals and satisfaction of other conditions precedent, the Total-GIG will become effective in the autumn of 2020.

Mark Dooley, Global Head of GIG said: “Thanks in large part to the country’s world-class shipbuilding and marine plant infrastructure, GIG and Total see significant opportunities for floating offshore wind in Korea. We are committed to working with Korean companies and the local workforce as much as possible in order to support the Korean government's Green New Deal plan, revitalize the economy and support jobs through Korea’s green transition.” 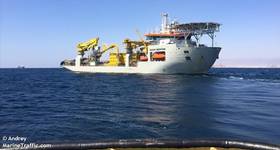