Floatel Sees No Improvement in Offshore Accommodation Market Before 2022 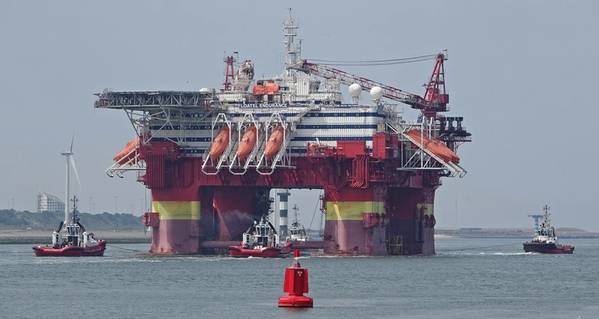 The company, which operates five semi-submersible accommodation rigs, said Tuesday that the coronavirus pandemic and low oil prices resulted in oil and gas firms announcing cuts in 2020 capital expenditure, negatively affecting the demand for offshore accommodation services in the medium-term.

At the end of the second quarter, Floatel's total interest-bearing debt totaled $838.9 million, up from $813.4 million a year ago.

The company has stopped interest and amortization payments and is exploring its options through talks with secured creditors. However, the company says the outcome of these discussions is uncertain.

Floatel recently reached another forbearance agreement with an ad hoc group of 1st Lien Bondholders until August 31, 2020, to allow more time to discuss a potential solution for the company.

During the quarter, Floatel's EBITDA was $7 million, on the back of lower rig fleet utilization, and related revenue decline. The company posted a loss of $430 million for the quarter after booking $398 million in impairment charge, after

One of the negative effects of COVID-19 is that the company's contract with Ineos for the charter of Floatel Victory at the Unity platform in the UK has been postponed. The contract, originally slated to begin in April 2020, will now start in April 2021.

As for the other units, the company has a contract with Equinor at the Martin Linge field in Norway until January 2021, and its Floatel Triumph flotel is being used by Singapore authorities zo provide accommodation for healthy foreign workers in the fight against COVID-19, with firm contract period ending in October 2020.

Three company's rigs, Floatel Superior, Floatel Reliance, and Floatel Victory are idle. As mentioned before, the Floatel Victory, unlike the other two, has a contract in hand, scheduled to start next year with Ineos.

Floatel has also shared that the utilization for the worldwide semi-submersible accommodation fleet was 44% in Q2 2020 ( down from 62% in Q2 2019).

While the company is actively marketing idle rigs for potential work, it doesn't expect any marked improvements in tendering activity in 2020 and 2021.

"Within the offshore accommodation market, we face a prolonged downturn which will be even longer due to COVID-19 effects with low fleet utilization and weaker outlook than estimated before and especially in the North Sea. However, we still believe that the market will recover once the situation stabilizes," Floatel said.

"The worldwide operating purpose-built semisubmersible accommodation fleet presently comprises 23 vessels following recent announcements by competitors to scrap older vessels plus two vessels yet to be delivered. It is expected that the present market condition will accelerate further scrapping of older vessels which will in the longer perspective improve the supply/demand balance," the company said.