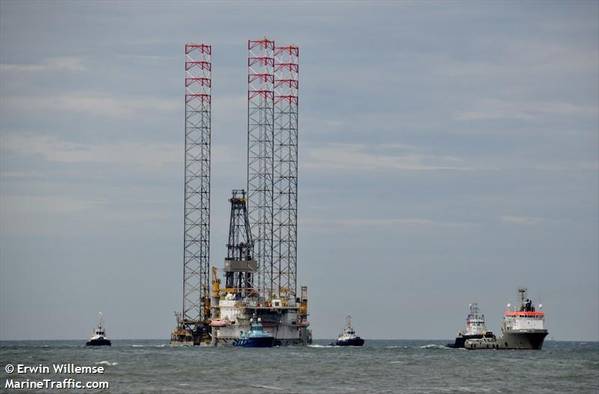 Jack-up drilling rig owner Borr Drilling has signed agreements that should secure work for three of its drilling rigs.

The Oslo-listed company said Monday it had entered into a contract and LOIs for three of its currently warm stacked rigs, adding USD 21 million to the total backlog, "with good prospects for additional backlog on these units."

Borr Drilling's fleet status report shows that the letters of intent have been signed for the Norve and the Prospector 1 rigs with undisclosed clients.

The Norve should go on a contract in West Africa in the first quarter of 2021, while the Prospector 1 should start its contract in October 2020, running until January 2021.

Instead of termination, the oil companies have now placed the rigs on "suspension" meaning there is a certain suspension payout to be had by Borr Drilling and it is expected that the rigs will eventually start their contracts.

Exxon elected to rescind the two notices of early termination for the Gerd and the Groa jack-up drilling rigs and decided to replace them with a "Suspension Notice."

The two rigs were previously expected to work for Exxon in Nigeria until April 2021 and May 2021, respectively.

Further, ROC Oil rescinded previously announced Notice of Termination for the Mist jack-up and replaced it with Suspension Notice. The rig is scheduled to start its ROC Oil contract around Sep 2020 - Oct 2020 in Malaysia.

Also, Borr Drilling has said it has signed contracts (from LOA) with Thailand's PTTEP for the Saga and the Gunnlod rigs, both for deployment in Malaysia.

The Saga, which had a contract with Eni in Vietnam till July, is expected to start its one-year contract with PTTEP in September 2020.

The Gunnlod, stacked in Singapore, will soon mobilize to Malaysia for PTTEP work, too. Its contract is slated to begin in September 2020 and will run till March 2021. Both rigs have extension options included.

"The recent awards will bring the total number of committed and contracted rigs up to 14. The tender activity in the jack-up market troughed in March / April this year caused by the negative development in the oil price. There are now clear signs of increased activity levels, supported by an oil price of around USD 40/bblm" Borr Drilling said.

The company further said it currently has three more warm stacked rigs which can be brought into operation "without significant activation capex."