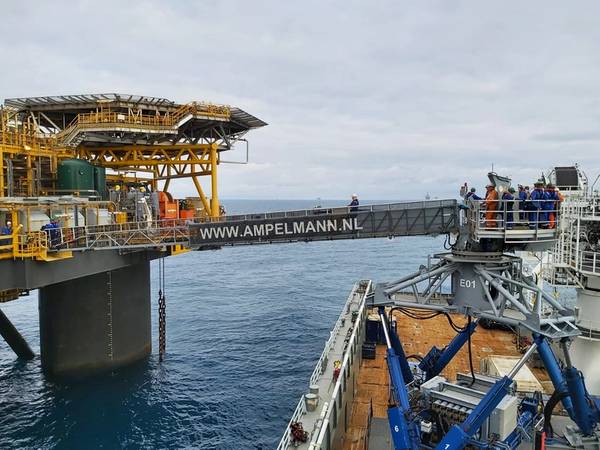 Ampelmann E-type gangway system, capable to transfer people in sea states up to 4.5m Hs, has been fitted on the Olympic Taurus Walk to Work (W2W) vessel to support the commissioning work.

"As the FPF-1 has only a limited number of beds, it was necessary to look for an alternative that can increase the number of people on board (POB) while taking social distancing into account. This W2W combination offered that alternative," Ampelmann said Wednesday.

This campaign has already started mid-July and will last at least 60 days with the possibility to extend.