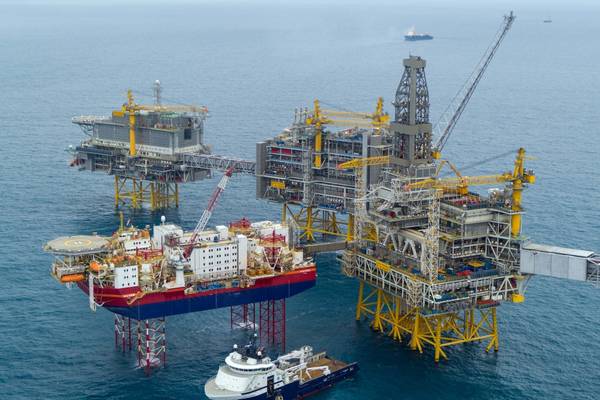 Swedish oil firm Lundin Energy, a partner in Norway's giant Johan Sverdrup oilfield, reported worse-than-expected operating profit in the second quarter as the fall in prices due to the COVID-19 pandemic more than offset record output.

Earnings before interest and tax (EBIT) fell to $166.1 million in the second quarter from $279.8 million a year ago, lagging the $198.9 million seen in Refinitiv poll.

Sverdrup, western Europe's largest oilfield that is operated by Equinor, ramped its output to 470,000 barrels of oil equivalent per day (boepd), more than previously expected, in April, Lundin said.

Lundin, which has a 20% stake in Sverdrup, and its partners would conduct tests to see if more oil can be produced, it added.

"We are working on a plan to test the Svedrup's capacity in a few months to see if we can achieve the rates above 470,000 boepd," Lundin's Chief Executive Alex Schneiter told a call with analysts.

Lundin kept its 2020 production guidance at 157,000 boepd, after a record 162,900 boepd in the second quarter. Production would fall in the third quarter due to a planned maintenance at Lundin's Edvard Grieg field, it added.

"As we enter the second half of the year, all offshore facilities have returned to normal manning levels and the (ongoing) projects are progressing on plan," Schneiter said.

Lundin said it was considering approving eight new projects, including Alta discovery in the Barents Sea, because of tax incentives approved by Norway to help the industry.

"We will be aiming to accelerate appraisal activities and field development studies for all of these potential projects, with the objective of maturing them to sanction prior to the deadline at the end of 2022," it added.

It plans to resume oil exploration activities in the fourth quarter, with three wells planned in the southern Barents Sea.