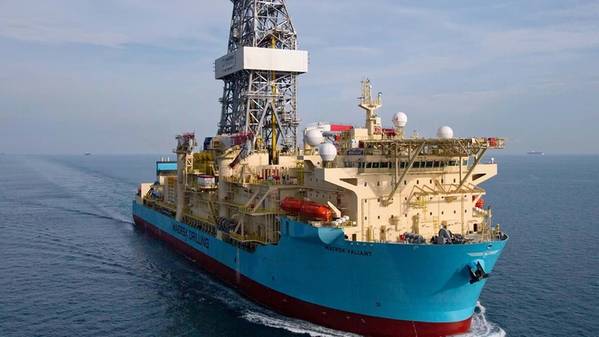 The upgrade introduced a new control system for subsea components by SafeKick together with a number of further enhancements to surface piping arrangements to ensure the system can be used for influx management and riser gas handling with MPD chokes, Maersk Drilling said.

"All the upgrades were recognized by ABS where the newly introduced MPD notation was granted in 2019. The Maersk Valiant Deepwater MPD system is now one of the most sophisticated deep-water MPD systems on the market," the company added.

"Maersk Valiant has recently completed a drilling program offshore Mexico. During operations, the rig successfully employed the deepwater Managed Pressure Drilling (MPD) system to address downhole challenges on one of the exploration wells," the drillship owner said in a statement this week. The rig has a contract with Repsol in Mexico, after which it will move to Colombia to drill for Noble Energy.

Commenting on the MPD upgrade, Konstantin Puskarskij, Head of Technical in the International Division said: "In Maersk Drilling, we are constantly monitoring market requirements to complement our customers’ needs by keeping our assets in the most competitive shape. The current system design on Maersk Valiant is competitive to any other deep-water MPD systems on the market."