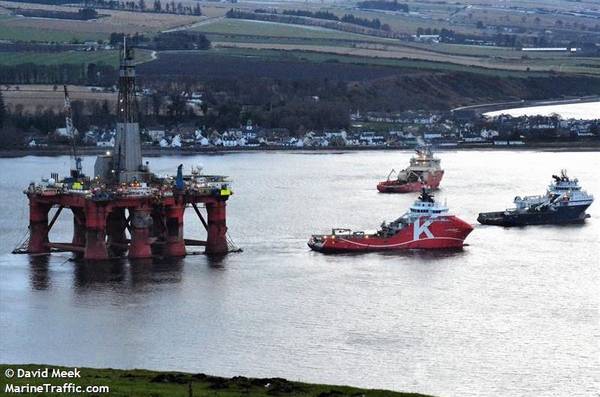 In its fleet status report issued on Wednesday, Transocean said that Hurricane Energy had terminated the contract for convenience for 1990-built harsh-environment semi-sub

"In accordance with the contract, the company was compensated for the termination," Transocean said.

It is worth noting, while the contract has been terminated, the Paul B. Lloyd is expected to stay in on the UK Continental Shelf as it has a deal in hand with Chrysaor.

Chrysaor will replace the Transocean 712 as the contracted rig with the Paul B. Loyd, Jr. mid-water drilling unit, with operations starting in October 2020.

According to Transocean’s previous offshore rig fleet report, the Paul B. Lloyd, Jr. had a contract with Hurricane Energy for the April 2020 – September 2020 period at a $205,000-day rate, after which it was expected to go on a $160,000 dayrate for the same client for a short stint in October.

Chrysaor would then take over the rig in October and keep it till July 2021 for an undisclosed fee. However, the updated fleet status report shows the rig is now expected to stay with Chrysaor until August 2021.

Transocean did not say if it planned to market the rig for other short-term projects in the meantime, or if it will just keep it warm-stacked and ready for the Chrysaor work. According to AIS data, the rig is currently parked near Cromarty Firth, Scotland.

In the same fleet status report, Transocean confirmed it has signed a conditional contract worth around $250 million for the deployment of its Deepwater Atlas drillship at the Shenandoah project in the U.S. Gulf of Mexico. Read more on that here.