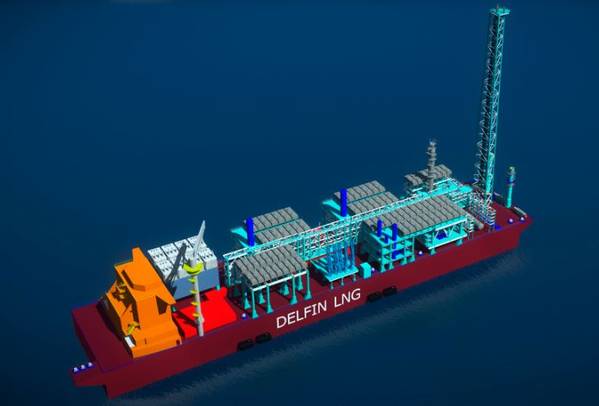 Delfin is one of several North American LNG developers that have delayed decisions on whether to go ahead with multibillion-dollar projects as gas prices slumped worldwide and buyers became reluctant to sign long-term agreements needed to fund construction.

They are now writing down some of those investments, while other companies delayed or abandoned plans for LNG terminals.

The U.S. Federal Energy Regulatory Commission in September 2017 authorized Delfin to build its project by September 2019.

Delfin's project would use existing offshore pipelines to supply gas to up to four vessels that could produce up to 13 million tonnes per annum (MTPA) of LNG or 1.7 billion cubic feet per day (bcfd) of natural gas. Chief Operating Officer Wouter Pastoor said the company was still confident in the project.

"COVID-19 and the current energy markets have an impact on new LNG projects, but we see that merely as a matter of time to recover and we are encouraged by the feedback from the potential buyers," Pastoor said.