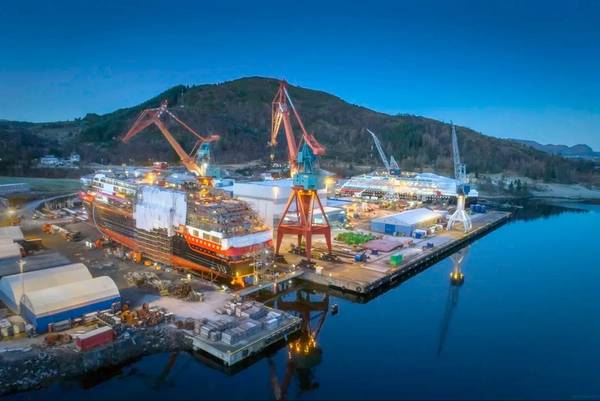 In a press release issued on Tuesday, and titled "Kleven is saved!," Kleven said that Green Yard had reached an agreement with the bankruptcy estate and the banks involved, to take over the Kleven Verft.

"The core competence is preserved and Green Yard Kleven will also in the future be one of Norway's most renowned shipyards," Kleven said.

Kleven was in January this year taken over by Croatia's DIV Group from Hurtigruten and the future seemed brighter, with a PSV completion contract secured in March, and a luxury superyacht deal signed in May.

However, it was in June reported that three Norwegian banks had terminated loan deals with Kleven, with the company subsequently filing for bankruptcy.

Kleven on Tuesday said that Green Yard Group has plans to continue the shipyard business, but it also plans to expand the business to new business areas that can provide a stable supply of work in addition to shipbuilding and maintenance.

Kleven said that the Green Yard Kleven wanted Kjetil Bollestad as CEO and that a general meeting with the employees would be convened on Tuesday 14.7.2020.