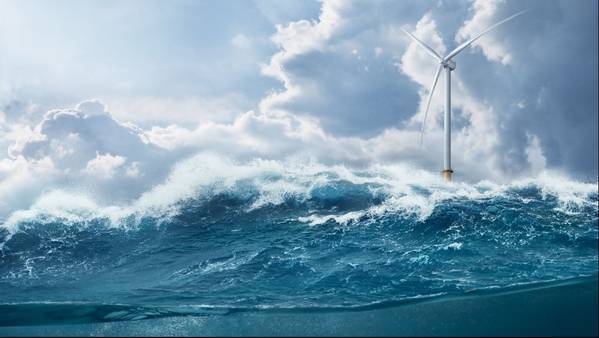 SG 14-222 DD Turbine will be used for the giant offshore wind farm - Credit:SGRE

The wind farm will be located on Dogger Bank, the shallow area of the central North Sea, 195 kilometers from the UK coast’s nearest point.

The HVDC transmission system represents Sofia’s second-largest contract and will include the design, manufacture, installation, commissioning and maintenance of the offshore converter platform and the onshore converter station, including all ancillary equipment.

As the consortium leader, GE’s Grid Solutions will be responsible for the engineering, procurement, construction and installation of two HVDC converter stations capable of transmitting 1,400 megawatts (MW) of power at 320 kilovolts (kV).

According to RWE, this will be the most powerful offshore converter station ever fabricated and will be installed at a point 220 kilometers from shore, so will also be the most remote. 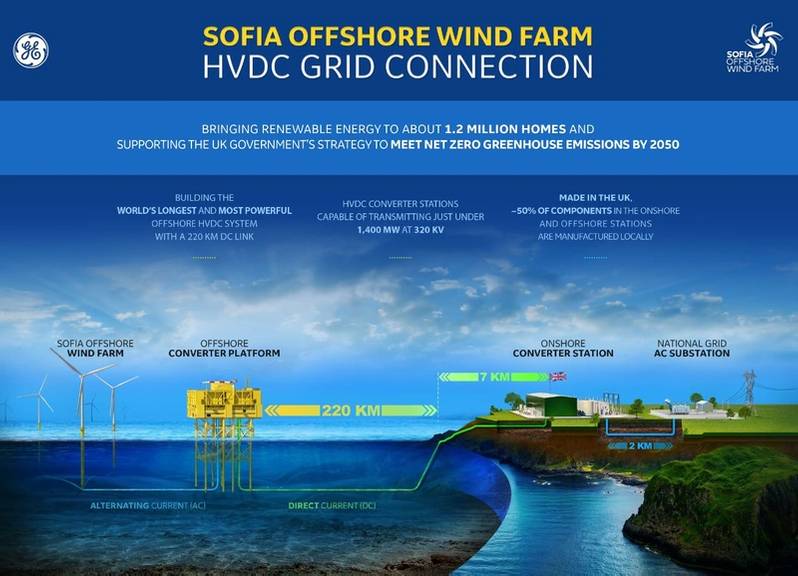 Significant part of all the primary HVDC equipment will be manufactured and fabricated at GE’s Grid Solutions’ Stafford facilities, which employ more than 1,000 workers.

Richard Sandford, RWE’s Director Offshore Development Europe, said: “More than 50% of the components will be manufactured in local facilities, securing jobs and boosting the economy.”

The offshore converter platform will be built and installed by Sembcorp Marine. At the heart of the wind farm, it will comprise a 10,000-tonne topside attached to a jacket foundation piled into the seabed.

The onshore converter station will convert the electricity generated by the wind farm to 400 kV, before it enters the national grid.

GE’s Grid Solutions and Sembcorp Marine are starting early design works in July, with the full contract subject to the project’s final investment decision, due in the first quarter of 2021.

Construction of the wind farm is due to begin onshore at its Teesside converter station site early next year, with offshore construction expected to get underway in 2023.

The HVDC transmission system news follows the announcement that Sofia has signed a preferred supplier agreement with Siemens Gamesa Renewable Energy for 100 of its SG 14-222 DD offshore wind turbines, a 14MW design that is 25 percent more powerful than its next largest model.

The project was previously run by Innogy. As part of a large asset swap deal with E.ON, RWE earlier this month took over Innogy's renewables business, along with its 2700 employees.